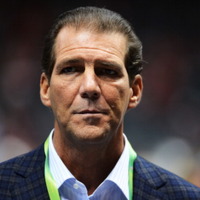 Stephen Bisciotti net worth: Stephen Bisciotti has a net worth of $4 billion dollars which makes him one of the richest people in Maryland. Born in Philadelphia, Pennsylvania, Stephen Bisciotti graduated from Salisbury State University, and launched a staffing company in his basement with his cousin. The company, called Aerotek, supplied staff for the technology and aerospace sectors. Aerotek has since grown into the highly successful Allegis Group, a multi-million dollar staffing firm that is currently the largest in the United States. In the spring of 2000, Mr. Bisciotti purchased 49% of the Baltimore Ravens football team. Four years later, he purchased the remaining 51% for $325 million dollars. In 2004, he also built a technologically advanced training facility for the Ravens, nicknamed "The Castle". He is the second youngest owner of a football team in the NFL, and is known for golfing and boating in his spare team. In addition to his love of football, he is also a fan of the University of Maryland men's basketball team.