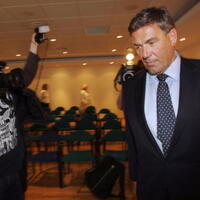 Stein Erik Hagen net worth: Stein Erik Hagen is a Norwegian businessman who has a net worth of $5.3 billion. Stein Erik Hagen is a major shareholder in Orkla, where he serves as Chairman of the Board and he also has large ownerships of Steen & Strom, Jernia and Komplett through his family company Canica. Stein started his career as retail entrepreneur in the late 1970s, when he founded discount supermarket Rimi with his father. Eventually, he decided to merge his company with giant international supermarket Ahold for a big payday. Then he sold the remaining 20% stake in the company in 2004, and ever since has invested in a variety of Scandinavian enterprises, three of which are mentioned above. As of March 2013, Stein is listed as the 2nd richest person in Norway and the 329th World's wealthiest. He is married with four children.