Stanley Druckenmiller net worth: Stanley Druckenmiller is an American hedge fund manager who has a net worth of $7 billion. Stanley Druckenmiller is the former Chairman and President of Duquesne Capital that he founded in 1981. He closed the fund in August 2010 because he felt he was unable to deliver high return to his clients. At the time of closing, Duquesne Capital had over $12 billion in assets. Stanley Druckenmiller was born on June 14, 1953 in Pittsburg, Pennsylvania. He grew up in a middle-class household in the suburbs of Philadelphia and graduated with a BA in English and Economics from Bowdoin College. He dropped out of a three-year PhD program in economics at the University of Michigan to accept a position as an oil analyst for Pittsburg National Bank. He became the head of bank's equity research group after one year on the job and in 1981 founded his own firm, Duquesne Capital Management. In 1985, he became a consultant to Drefus, splitting his time between Pittsburgh and New York. He moved to Pittsburgh full-time in 1986, when he was named head of the Dreyfus Fund. As part of his agreement with Dreyfus, he also maintained his management of Duquesne. In 1988, he was hired by George Soros to replace Victor Niederhoffer at Quantum Fund. He and Soros famously "broke the Bank of England" when they shorted British pound sterling in 1992, making more than $1 billion in profits during the ordeal. The calculated that the Bank of England did not have enough foreign currency reserves with which to buy enough sterling to prop up the currency, and raising interest rates would be politically unsustainable. He left Soros in 2000 after taking large losses in technology stocks and focused his full attention on Duquesne Capital. Druckenmiller is a top-down investor who adopts a similar trading style to George Soros by holding a group of stocks long, a group of stocks short, and using leverage to trade futures and currency. In 2009, Druckenmiller was the most charitable man in America, giving $705 million to foundations that support medical research, education, and anti-poverty causes. He is also Chairman of the Board of Harlem Children's Zone and he and his ex-wife are also principal sponsors of the New York City AIDS walk. Druckenmiller has been married twice. In 1976, he married his high school sweetheart, but the couple divorced in 1980. In 1988, Druckeniller married Fiona Katharine Biggs, niece of investor Barton Biggs, and the couple have three daughters who they raised in New York. 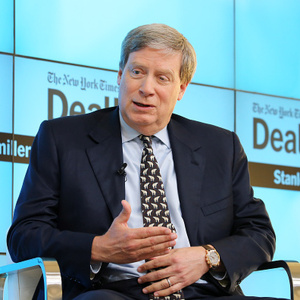