Sid Bass Net Worth: Sid Bass is an American businessman who has a net worth of $1.9 billion. Belonging to one of the hardest billionaire families to track down, Sid Bass and his three brothers inherited a small but significant fortune from their oil tycoon uncle Sid Richardson. Approximately four decades after they received the heritance, the four siblings managed to turn the modest fortune into an abundant wealth.

Together they run the oil company Bass Operating and may be sitting on so much more capital than we give them credit for. Sid has been keeping a low profile since his late 2011 divorce from extra-socialite second wife Mercedes. Even though the exact outcome of the settlement is not known, it is considered that he had to pay around $300 million. Sid's late parents, Nancy Lee Bass and Perry Bass, were both well-heeled and they even celebrated their 50th wedding anniversary in an unconventional way, i.e., by donating $1 million each to 50 charities. 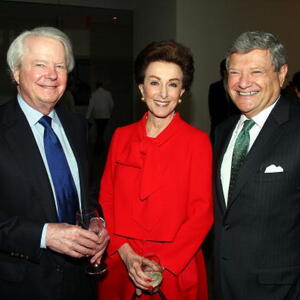