Shintaro Tsuji net worth: Shintaro Tsuji is a Japanese entrepreneur and producer who has a net worth of $1 billion. Shintaro Tsuji was born in 1927. He is the founder of Sanrio Co., Ltd. which is based in Tokyo and is a character branded merchandise company. Shintaro Tsuji has produced and written anime movies for Sanrio which he founded in 1960. He has been involved with the stories Nutcracker Fantasy, The Sea Prince and the Fire Child, and A Journey Through Fairyland. Shintaro Tsuji has been responsible for creating some Sanrio characters including the Little Twin Stars. He has served as Executive producer or Chief production supervisor for several projects including Hello Kitty and Friends. 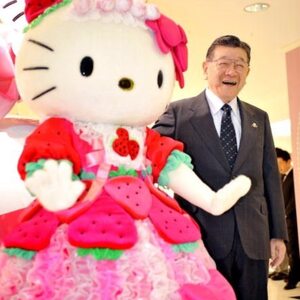