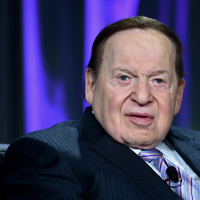 What was Sheldon Adelson's Net Worth?

Sheldon Adelson was an American billionaire businessman and political power broker who had a net worth of $40 billion at the time of his death in January 2021. Sheldon earned his fortune as the majority owner and CEO of the casino company Las Vegas Sands. Though Adelson was considered synonymous with the gambling industry, he didn't enter this business until the age of 55. Prior to this, Adelson started more than 50 businesses. He finally struck gold as a co-founder of COMDEX, a computer trade show. He and four partners co-founded COMDEX in 1979.

In the year after taking Las Vegas Sands public in 2004, Adelson's net worth famously grew $1 million per hour, every hour including nights, weekends and holidays. His net worth expanded all the way to $30 billion before the financial crisis of 2008. At his lowest point in 2009, his net worth had sunk to $2 billion. Las Vegas Sands' most notable properties are The Venetian in Las Vegas, The Venetian Macao, The Palazzo in Las Vegas and Marina Bay Sands in Singapore.

Sheldon is often referred to as a "rags to riches" billionaire, but Sheldon has taken issue with that description, noting that his family was so poor they couldn't even afford rags.

Sheldon Gary Adelson was born on August 4th of 1933 in Boston, Massachusetts. His father was an immigrant who drove a taxi cab. Raised in a low-income, Jewish family with immigrant roots and Democrat leanings, the family had a two room flat. The parents slept on a mattress, the children slept on the floor. Sheldon started his entrepreneurial career at the age of 12. After borrowing $200 from his uncle, he started selling newspapers. At age 16, he borrowed another $10,000 to start a vending machine business.

After dropping out of college, Adelson joined the army. Following this, he started a number of other businesses, gradually increasing his net worth until he became a millionaire in the 60s. However, he lost his entire fortune twice during this period and had to make it all back again. Some of those early businesses included selling toiletries, magazine ads, mortgages and even windshield de-icers.

After it had become one of the biggest computer trade shows in the world, in 1995 he sold the business to SoftBank Corporation for $862 million. Adelson personally received sum of over $500 million.

In 1989 Adelson and his partners purchased the Sands Hotel and Casino in Las Vegas for $128 million. The plan was to build out their own convention space for COMDEX so they could stop renting from other locations.

In 1995, after the sale of COMDEX, armed with $500 million and a $1.5 billion bank line of credit, Sheldon – who by now had bought out his partners – imploded the original Sands hotel and proceeded to spend $1.5 billion building the Venetian Resort Hotel Casino, an all-suite Venice-themed resort hotel and casino.

The creation of the Venetian is said to have revolutionized the Las Vegas hotel industry. Gone were ratty motels with cramped rooms and no amenities. In came grand resorts where the rooms were palatial palaces of with casino floors that steeped in luxury. Construction was complete in 1999. By 2003 the Venetian had 8,000 suites and a casino floor that had as much square-footage as TWO football fields. 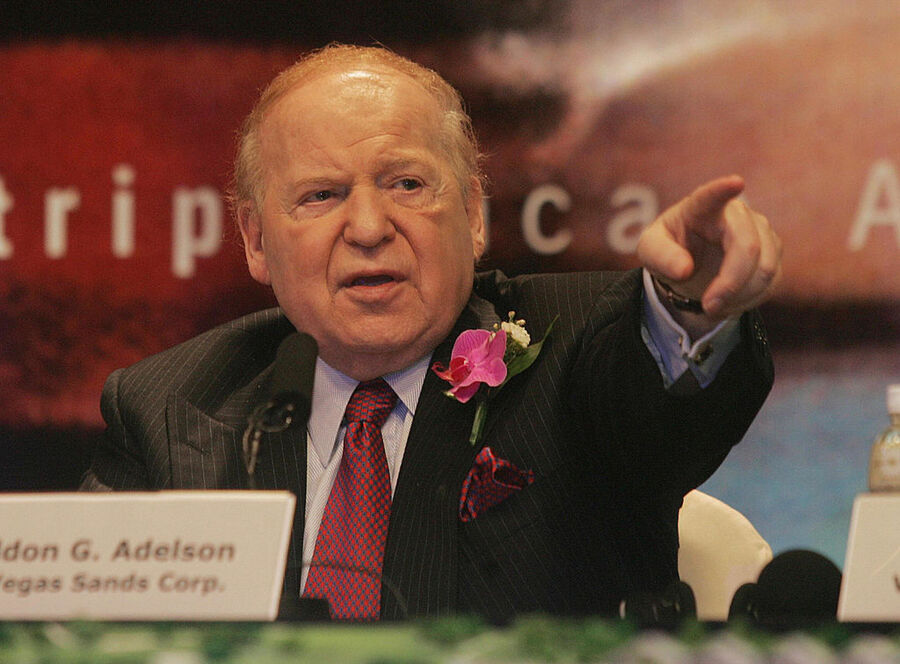 By 2004 when he took the company public, he was the majority owner. The company's public offering made him a billionaire. Over the next 12 months, his net worth increased by $1 million per hour, every hour, night and weekends.

In 2007 he paid $265 million for a casino in Macau, off the coast of Hong Kong. He proceeded to spend $2.4 billion constructing a 39-story hotel/casino. The world's seventh-largest building. The casino floor in this property has a gaming floor equal to TEN football fields in terms of square-footage.

Over the next few years, Sheldon created a number of convention centers, casinos, and other projects throughout the world. He eventually expanded into Macau, China – a well-known gambling city. Further projects came in Singapore and Cotai.

As of 2020, Adelson controlled about 54% of LVS (Las Vegas Sands' ticker symbol). LVS is the world's largest casino operator. The company controls casinos, resorts, and convention centers in the United States and Asia. It generates around $14 billion in annual revenue.

In 2012, Adelson's wife exercised a warrant to purchase 87.5 million common shares at a total cost of $525 million. In 2005 and 2006, Sheldon sold about $3 billion worth of his stock, and the next year he gave his wife a cash gift of $1 billion. Adelson purchased and razed the legendary Sands hotel in Las Vegas, spending $1.5-billion to construct The Venetian, an

Sheldon Adelson's wealth was decimated by the global recession of 2008. As economic conditions worsened, shares for Las Vegas Sands Corp. went into freefall. During the first year, Adelson lost a total of $4 billion – the largest net loss suffered by any American billionaire during this period. By 2009, he had lost $28 billion dollars, leaving him with a net worth of just $2 billion. However, his business recovered relatively quickly. By 2011, he had increased his net worth to over $23 billion, becoming the 16th-richest man in the world.

Outside of the gambling industry, Sheldon was well-known for his close involvement with a number of Jewish and Israeli organizations and charities. He owned several Israeli and American newspapers. But it was his support of Republican politicians that drew Sheldon the most attention outside of the casino industry. Presidential hopefuls would fly to Las Vegas in the hopes of impressing the kingmaker.

In 2015 Sheldon paid $140 million to acquire The Las Vegas Review-Journal, the area's largest newspaper. He used a shell company to conceal his ownership from the papers' own journalists. When he was revealed as the owner, a number of editors and staff members resigned.

During the 1970s, Sheldon Adelson married his first wife, Sandra, and adopted her three children that she had from a previous marriage. In 1988, the couple divorced. Shortly after this split, Adelson met a doctor named Miriam Farbstein and married her in 1991. They had two children.

In 2001, Adelson was diagnosed with peripheral neuropathy, a disease that affects the peripheral nerves of the brain and spinal column. As a result, his ability to stand and walk for long periods of time declined. In 2019, he began receiving treatment for non-Hodgkin's lymphoma, a type of blood cancer that can cause enlarged lymph nodes, fever, and tiredness. Despite these health concerns, Adelson continues to act as CEO of the Las Vegas Sands company.

Starting in the mid-90s, Sheldon Adelson began establishing a considerable presence in the famed Malibu Colony neighborhood – one of the most exclusive areas in Malibu. Malibu Colony is a gated enclave with a private beach and features just 120 houses filled with affluent individuals and high-profile celebrities.

Adelson was initially content with owning just one property in the enclave, but in 2013 he started buying up numerous nearby homes – starting with a $13.3 million purchase of two homes belonging to famed soap opera creator Lee Phillip Bell.  These purchases continued throughout the next few years, with Sheldon allegedly spending more than $90 million on various properties in the neighborhood. In 2020, reports suggested that he had acquired his ninth home in Malibu Colony for $16.9 million.

Sheldon Adelson also maintains a considerable real estate presence in Las Vegas. Although he seems obsessed with properties in Malibu, his main place of residence is actually a shockingly-large 44,000-square-foot home in Las Vegas. The property takes up three lots and has its own private water park in the backyard. It is also allegedly the largest private residence in all of Clark County, Nevada.

Sheldon Adelson died on January 11, 2021 at the age of 87. The cause of death was reported to be complications of non-Hodgkin's lymphoma, which is a form of blood cancer.