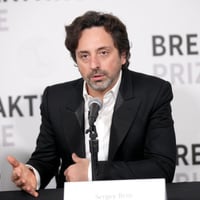 What is Sergey Brin's Net Worth?

Sergey Brin is a Russian-born American computer scientist and internet entrepreneur who has a net worth of $78 billion. Sergey Brin earned his net worth as the co-founder of Google, which today is known by umbrella parent company Alphabet. He co-founded the company with Larry Page, a classmate at Standford's computer science graduate program. Sergey served as Google's head of technology for 10 years, from 2001 until 2011, at which point he appointed himself "director of special projects."

Sergey Mikhaylovich Brin was born August 21, 1973 in Moscow, Russia. When he was just 6 years old, Sergey and his family escaped Russia to save themselves from Jewish persecution. They eventually landed in Maryland where his father was hired as a math professor at the University of Maryland. Perhaps not surprisingly, Sergey also exhibited an extraordinary aptitude for solving math problems at an early age. His father tutored him at home, where he nurtured his son's analytical skills and instilled in him an interest in computers.

After graduating from college in May 1993, Sergey Brin entered a computer science graduate program at Stanford University. At an orientation program for new students, he met fellow student Larry Page. This would later prove to be a friendship that would forever change the landscape of World Wide Web. At the onset, the partners had a hard time gelling. According to Brin, "we both (are) obnoxious", constantly debating with each other. 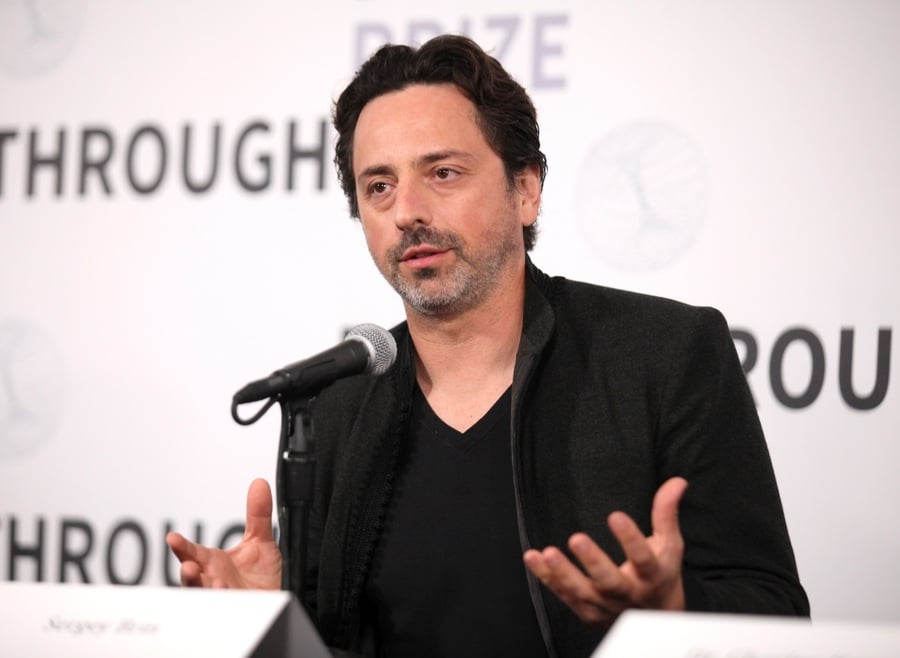 It was Page who had the idea for a new way to evaluate the quality of a website by examining the site's external links. As part of his PhD thesis, Larry began working on a paper to describe a new way of crawling the web. Sergey eventually began collaborating on the thesis. They soon launched a search engine called BackRub, that was the first to exploited backlinks to estimate the popularity and importance of the site. Together they created a paper titled "The Anatomy of a Large-Scale Hypertextual Web Search Engine". Their paper became the most downloaded scientific document in the history of the internet at the time.

In September 1998, the duo incorporated Google Corp. The initial domain name was actually "Googol" which is a number that consists of 1 followed by one hundred zeros. They raised a $100 thousand from one of their Stanford graduate professors, David Cheriton. Cheriton's $100,000 investment would eventually be worth more than $2.3 billion. They also raised $100,000 from Andy Bechtolsheim, the co-founder of Sun Microsystems. Google went public on August 20, 2004.

Today Google is the most powerful internet company in the world with a monopoly in online search and duopoly (with Facebook) in online advertising. Google has several products that reach over 1 billion people per day including search, maps, YouTube and Gmail. Google has been criticized for its monopoly tactics and tendencies to squash competitors and place arbitrary rules and requirements on websites and apps. In 2019, a number of anti-trust investigations were launched against Google from various organizations including the FTC, DOJ and a Congressional committee.

He served as the company's head of technology for 10 years before transitioning to President of Google parent company Alphabet, his current title. He spends a majority of his energy in the company's robotics lab.

Brin is an advocate and supporter of alternative energy consumption and is trying to solve the world's energy and climate problems through the philanthropic arm Google.org. He has invested his personal liquid assets into venture funds and clean technology investments.

Sergey has donated millions of dollars to support research into Parkinson's disease. Sergey's mother suffered from the affliction.

He and Larry both earn a salary of just $1 per year from Alphabet. 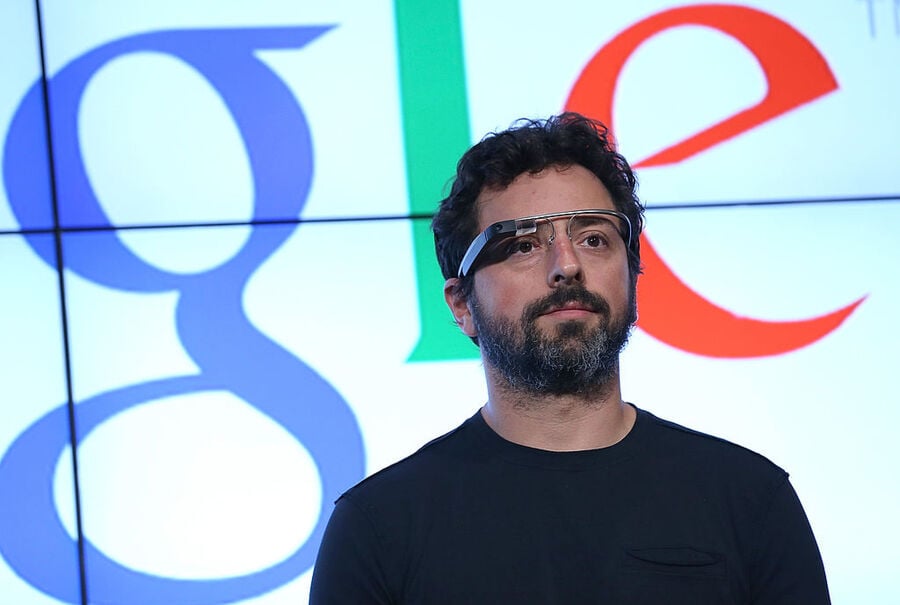 Sergey Brin is perennially ranked as one of the richest and most powerful people on the planet. As of this writing, Sergey Brin owns roughly 6% of Alphabet, the parent company of Google among other businesses. since the company's IPO in 2004, Sergey has sold roughly $10 billion worth of shares. Brin owns Class B and Class C shares of Alphabet, including 19 million shares of Class C Alphabet stock. Google handles more than 3.5 billion daily searches and generates more than $260 billion in annual revenue.

Between 2012 and 2019 alone, Sergey's net worth rose from $12 billion to a peak of $60 billion. He holds equity stakes in electric car company Tesla and 23andMe. Larry and Sergey led a $40 million investment round in Tesla back in 2006. Brin was the fourth person to receive a Tesla Model X Crossover SUV.

Sergey was married to fellow internet entrepreneur Anne Wojcicki from 2007 to 2015. They met through Anne's sister Susan who allowed Larry and Sergey to launch Google from her garage in 1998 and would later become a high-ranking Google executive. Sergey and Anne have two children together. Anne is the co-founder of DNA site 23andMe.

Sergey began dating entrepreneur Nicole Shanahan in 2015 after the two met at a yoga retreat. They married in 2018 and have a child together. Sergey filed for divorce in January 2022. In his filing he listed their official date of separation as December 15, 2021. According to various reports Sergey filed for divorce in the weeks after Nicole allegedly had an affair with Elon Musk, one of Sergey's oldest friends and business partners. In a court filing Nicole reportedly requested a settlement payout worth at least $1 billion.

Since 2015 he has operated the Sergey Brin Family Foundation.

In 2008 Sergey spent $8.5 million to buy a 3,500 square-foot penthouse in New York City's West Village. He also owns a large estate in an undisclosed area of Los Altos Hills, California. In 2011 he spent $80 million to acquire a 73-meter yacht called Dragonfly. He co-owns a customized Boeing 767-200 and Dornier Alpha Jet along with Larry Page. The former passenger plan can seat 50 passengers and has two staterooms with connecting bathrooms, showers and dining areas. In 2014 the duo spent $82 million to build a private airport in San Jose.

A reported 50 people are employed by Brin personally to manage his life including bankers to handle his philanthropic efforts, fitness instructors, chefs, a full-time photographer and a yacht captain on call at all times.

Sergey Brin's net worth is $88 billion. He earned his net worth as the co-founder of Google. The vast majority of his fortune is attributable to his 6% stake in Google's parent company Alphabet.