How much is Samuel Yin Worth?

Samuel Yin net worth: Samuel Yin is a Taiwanese businessman who has a net worth of $3.9 billion. Samuel Yin is one of Taiwan's richest people. Samuel Yin heads the Ruentex Group, which has interests in real estate, textile, finance and retailing. His constantly swelling fortune saw a dramatic rise a year ago, along with the surge in the stock price of his main China retail investment, Hong Kong Stock Exchange-listed Sun Art Retail Group. Apart from making his net worth grow, Yin is a stellar philanthropist who has supported numerous charity causes and set up the Guanghua Education Foundation, which has provided scholarships for more than 100,000 students at top mainland universities. As of January 2013, Yin claimed he would set aside $100 million to start the Tang Prize, an international scholarly award that is named after China's Tang dynasty and is said to promote human development. 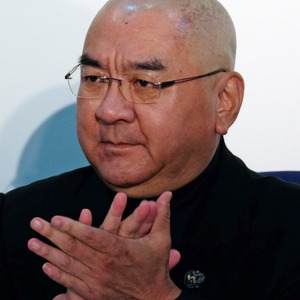