Samuel Newhouse net worth: Samuel "Si" Newhouse was an American businessman who had a net worth of $13 billion. At the time of his death, Si Newhouse was the chairman and CEO of Advance Publications which is the umbrella corporation for Conde Nast Publications. Conde Nast publishes such magazines and periodicals as Vogue and The New Yorker, Vanity Fair and newspapers such as The Plain Dealer, The Star-Ledger, and The Oregonian. Samuel Irving "Si" Newhouse, Jr. was born in New York City, in November 1927. Si Newhouse was the son of Samuel Irving Newhouse, Sr., who founded Advance Publications in 1909. Si attended the Horace Mann School in New York City. At the time of his death, Si owned Advanced Publications with his brother Donald. The company owns Bright House Networks and has a controlling stake in Discovery Communications. During his lifetime, Si was one of the 50th wealthiest Americans and was one of the wealthiest residents of New York. Si was known for his philanthropy, One of his most notable donations was the $15 million he gave to Syracuse University. At one time he owned a Jackson Pollock piece that was one of the most valuable paintings in the world. He married Jane Victoria Newhouse in 1973 and was previously married to Jane Franke. Newhouse had three children. Si Newhouse died on October 1, 2017 at the age of 89.

Net Worth details: Si Newhouse made part of his fortune when Bright House Networks was acquired by Charter Communications in May 2016. Si and his brother Donald received 31 million Class B common units of Charter, $2 billion in cash, and another $2 billion in convertible preferred shares. The brothers also hold 71 million Class A common stocks and 141 Class C common stocks of Discovery Communication. The Newhouses co-own Advance Publications which includes $1.5 billion revenue magazine Conde Nast. 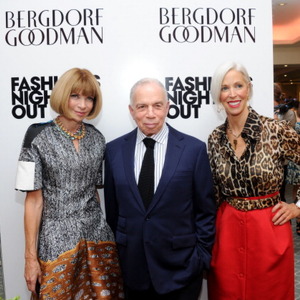