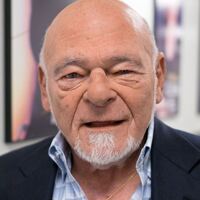 Sam Zell Net Worth: Sam Zell is an American businessman who has a net worth of $6 billion dollars. Sam Zell was born September 28, 1941 in Chicago, Illinois. He is chairman of Equity Group Investments (EGI), a private investment firm he founded in the '60s. The firm's equity interests are often in asset-intensive industries such as real estate, energy, logistics, transportation, media and healthcare. EGI's holdings also include fixed-income investments in public and private companies. The firm's specialty is opportunistic, often contrarian, long-term investing and active ownership. Sam Zell made his fortune in real estate but steered clear of the single-family housing market in the wake of the real estate and credit collapse. Nicknamed the Grave Dancer for his ability to profit from distressed-asset investing, Zell's empire includes stakes in sectors as diverse as hospitality, energy, transportation, finance, healthcare and communications. He is chairman of four publicly traded corporations and has cleaned up an array of distressed private and public companies over the years. Zell has even expanded abroad via emerging markets fund Equity International. Last year his Equity Residential REIT, teamed up with competitor AvalonBay Communities to close a $16 billion deal for apartment landlord Archstone in the biggest real estate transaction since the economic downturn. In 2007, he sold Equity Office Properties Trust to Blackstone Group for $39 billion. Zell had a major setback that same year when he led an ill-fated $8.2 billion buyout of the Tribune Company, which filed for Chapter 11 bankruptcy a year later, under his chairmanship. The resulting bankruptcy battle ended in December 2012, absolving Zell of fault, but leaving him out more than $300 million.