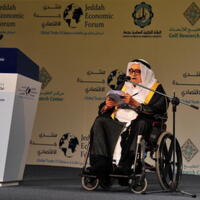 Saleh Kamel net worth: Saleh Kamel is a Saudi businessman who has a net worth of $2 billion. Saleh Kamel is the founder and chairman of Dallah Al Baraka Group (DBG), country's conglomerate with interests in various industries including banking, real estate development and food production, as well as developing a light rail system, an urban community and a mosque around Mecca. He decided to take Dallah Health subsidiary public in December 2012; keeping an interest of 52% in the company that runs a hospital and acts as distributor of pharmaceuticals and dietary supplements. In addition to the above, Kamel is the owner of Durrat-Al-Arus, a resort in Saudi Arabia, and ART TV network, the only sports channel that broadcasts the FIFA World Cup in the Middle East. Apart from being of the richest men in Saudi Arabia, Kamel is also known as "the Father of Contemporary Islamic Finance," having received Malaysia's Royal Award for Islamic Finance in November 2010.