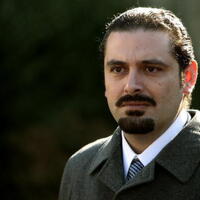 Saad Hariri Net Worth: Saad Hariri is a Saudi-Lebanese billionaire who has a net worth of $1.7 billion dollars. The former Prime Minister of Lebanon, Saad Hariri, took office in 2009, but his government collapsed in early 2011 when the opposition parties walked out, citing a problem with the current government's decision making abilities. Born Saad-eddine Rafiq Al-Hariri on April 18,1970, in Riyadh, Saudi Arabia, he is best known for being the Prime Minister of Lebanon from 2009 until 2011. Hariri first entered the world of billionaires after the murder of his father Rafik Hariri in 2005, at the time also serving as Lebanese Prime Minister. Along with his other siblings, Hariri inherited a fortune worth around $4.1 million. A 1992 graduate with a major in Business Administration from the McDonough School of Business at Georgetown University, he managed a part of his father's business in Riyadh. Thus, he has served as both the chairman and executive committee of Oger Telecom, as well as the chairman and CEO of Saudi Oger, one of the largest construction companies in Saudi Arabia. It was on November 9, 2009 when Saad Hariri took office and he held the position of prime minister until June 13, 2011. At the beginning of 2011, his government collapsed as the opposition parties walked out and resigned from cabinet. Known to be a vocal opponent of Syrian dictator Bashar al-Assad, the Syrian government issued an arrest warrant against him with the claim that he allegedly funded the Syrian opposition groups. Now, for security reasons he lives outside of Lebanon, splitting his time between his homes in Paris and Riyadh. However, he still chairs Saudi Oger, the source of the family's wealth.