Ryan Graves net worth: Ryan Graves is an American businessman and entrepreneur who has a net worth of $700 million. Ryan earned his fortune as the first employee of Uber. He was famously hired after replying to a Tweet from Uber co-founder Travis Kalanick. After building the earliest iterations of Uber's app, Ryan eventually grew into the role of Head of Global Operations and briefly even served as CEO.

Ryan Graves was born in San Diego, California. Graves was ranked the 1325th richest person in the world in 2015, the first time he ranked as a billionaire. At various Uber private valuations, Ryan's net worth has been as high as $4 billion. On the day of the company's IPO in May 2019, he finished the day with a paper net worth of $1.4 billion.

Ryan was the first employee hired by Uber in 2010 when company co-founder Travis Kalanick tweeted that he was looking for a product manager. Graves responded to the tweet, with a message encouraging Travis to email him because he had experience working for GE and as an intern for Foursquare. So in essence, Ryan Graves became a billionaire (for a time) because he responded to a single tweet. He briefly served as company CEO before he was replaced by Kalanick in 2010. In August 2017, Ryan stepped down from his role as SVP of Global Operations to focus on his role as a director of Uber's board. Graves has largely attempted to distance himself from Uber's scandals. These scandals ultimately forced Travis Kalanick out as CEO, though he is still a board member and controls three of Uber's board seats (including the one occupied by Ryan). 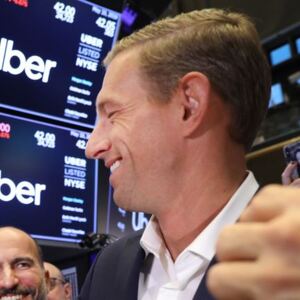