Roustam Tariko Net Worth: Roustam Tariko is a Russian businessman who has a net worth of $1.75 billion. Best known as the founder of the major Russian premium liquor brand, Russian Standard Vodka, Mr. Tariko is one of the richest people in Russia today. Born Roustam Vasilyevich Tariko on March 17, 1962 in in Menzelinsk, Tatarstan, Russia, he moved to the country's capital, Moscow, at the age of 17.

After he graduated from the Economics Faculty of Moscow Institute for Transport Engineering in 1989, Tariko went on to earn his MBA from INSEAD in France. But it was during the economic reforms in the 1980′s that he earned his first money, mainly by helping foreigners find rooms in Moscow hotels. Next, he started to work as a consultant for the Italian confectioner, Ferrero Rocher, and then switched to selling Italian vermouth. This resulted in winning an exclusive contract with Martini & Rossi. It was in 1998 that founded the first upscale vodka brand in Russia called Russian Standard. Later on, in 1999, he united with Mckinsey & Co to establish a bank called Russian Standard Bank, a pioneering credit and term life insurer. Witnessing a major growth over the years, the bank reached an exclusive partnership with American Express in 2012. Also known for his strategic investments, Roustam Tariko secured a 9.9% stake in Polish CEDC, one of the largest vodka producers worldwide, as well as a 70% stake in Gancia, an Italian maker of sparkling wines and vermouths. As of 2012, he increased his shares in CEDC to 19.5%.  Tariko has three children including twin girls and Roustam Jr. 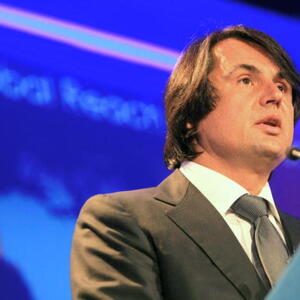