What is Ronald Perelman's net worth?

Ronald Perelman is an American businessman and investor who has a net worth of $4 billion dollars. Ronald Perelman is best known for his company MacAndrews & Forbes Holdings Inc., which he used in the 1980s to acquired cosmetics company Revlon. He has investments in a wide range of industries including those dealing with groceries, cigars, licorice, makeup, cars, television, camping supplies, banks, comic book publishing, and more. At various times in the 1980s he was referred to as the richest person in America. He was also considered one of the most-feared corporate raiders of the time. In recent decades his net worth has been as high as $20 billion. Ron's fortune took a major hit amid the COVID-19 crisis, dropping from $14 billion to $4 billion in under a year in 2020.

Ronald Owen Perelman was born in Greensboro, North Carolina on January 1, 1943. He was raised in Elkins Park, Pennsylvania, near Philadelphia. Perelman's father Raymond was a successful buyout artist who went on to teach his son the ins and outs of running a company. By 11, Ronald regularly attended meetings with his father and is said to have received very harsh criticism for even the slightest of business mistakes.

In 1964 Ronald graduated from the Wharton School at the University of Pennsylvania. He received his master's in 1966.

During his Freshman year at Wharton, Perelman and his father paid $800,000 for a Brewery. Three years later they sold the business for $1.8 million, netting a $1 million profit. Ron and his father continued buying distressed assets, improving the core business and then selling the company for a healthy profit. Ron just assumed he would soon take over the family investment business from his father Raymond. In the late 1970s, Raymond made it clear he was not stepping down any time soon. In 1978 Ronald resigned in anger and the two barely spoke for the next six years.

In 1965 Ronald married Faith Golding. They met while taking a cruise to Israel. A real estate and banking heiress, at the time they married Faith was already worth $100 million personally. That's the same as around $800 million today. Faith and Ron ended up adopting three children, Steven, Josh, and Hope, before their biological child, Debra, was born. They divorced in 1984.

In 1978, soon after resigning from his father's company, Ron borrowed funds from his wife to acquire Cohen-Hatfield Jewelers. He soon moved to sell off the company's retail locations and reduced the company to concentrate exclusively on wholesale. These moves earned him $15 million within a year of acquiring the business.

In 1980 he paid $45 million for would become his longtime holding company, MacAndrew & Forbes, a licorice and chocolate distributor. He sold off the chocolate assets. In 1984 he took the company private in a $95 million deal. Through MacAndrew & Forbes Ron would go on to acquire and sell dozens of businesses in a wide range of industries. Notable early acquisitions included Technicolor Inc., Compact Video, Consolidated Cigar Holdings Ltd, Pantry Pride supermarkets, and New World Entertainment.

Perelman financed many of his transactions using Michael Milken's infamous junk bonds. His most famous deal was the 1985 acquisition of cosmetics company Revlon to Pantry Pride.

Before he showed any interest, Revlon's public market cap value was $365 million. Ron ended up paying $1.75 billion for the company using around $3 billion in borrowed debt to finance the deal. Why $3 billion? After paying roughly $1.8 billion to Revlon shareholders, he also incurred $900 million in financing costs and fees.

For the next several decades the company struggled under its multi-billion-dollar debt load. Not long after the deal, Revlon lightened its load by selling some assets. For example Ron sold Revlon's vision care division for around $575 million. Today he owns 87% of Revlon.

In the late 1980s Ron acquired five bankrupt Savings & Loans. In 1993 the banks were sold to Bank of America for $1 billion. 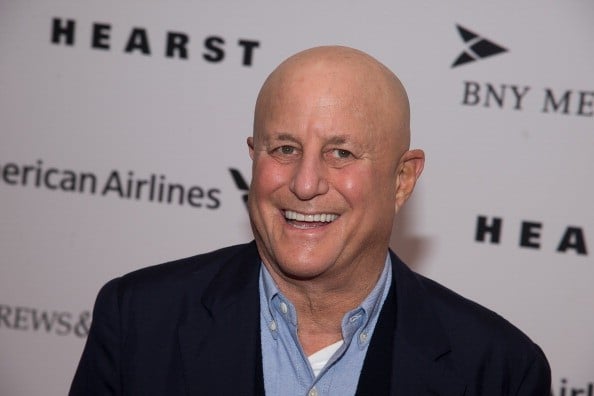 Ron's second marriage was to Claudia Cohen, with whom he had a daughter named Samantha, in 1990. The couple divorced in 1993. Perelman married Patricia Duff in 1995. They had a daughter, named Caleigh, in 1996. That same year, the couple divorced. He married his fourth wife, actress Ellen Barkin, in 2000. That marriage lasted until 2005. In 2010 he married his fifth and current wife, Anna Chapman, with whom he has two children.

Ronald for many years owned an extremely impressive and valuable collection of art. At its peak the collection was valued at $6 billion. He has sold off many pieces from the collection in recent years. His collection at times has included works by Jasper Johns, Francis Bacon, Mark Rothko, Ed Ruscha, Gerhard Richter, Cy Twombly and many more.

Perelman's primary residence is a 40-room mansion on Georgica Pond on 60-acers in East Hampton that dates back to 1899. The property's value is extremely difficult to peg due to its size and rarity for the area. It might be worth north of $200 million. He at one point owned a Gulfstream G650. 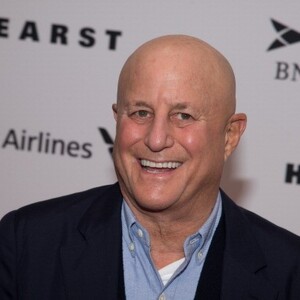