Ronald Lauder Net Worth: Ronald Lauder is an American businessman, billionaire, and philanthropist who has a net worth of $3.8 billion. Born Ronald Steven Lauder on February 26, 1944, in the US, he is the Chairman Emeritus of Estee Lauder, a leading US manufacturer and marketer of prestige skincare, makeup, fragrance and hair care products.

Even though the younger son of cosmetics entrepreneur Estee Lauder (d. 2004), Ronald Lauder spent some time working as a deputy assistant secretary of defense for European & NATO affairs (1983-1986) as U.S. ambassador to Austria (1986-1987). Eventually, he entered the business founded and run by his family as Chairman of Clinique Laboratories, a unit of publicly traded Estee Lauder, of which he owns 3%. As Ronald Lauder's most valuable asset stands out his vast art collection that is estimated at more than 4,000 works. He also owns a museum in New York that features early-20th-century German, Austrian art and design. 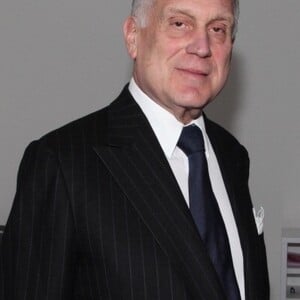