Ron Baron Net Worth: Ron Baron is an American money manager who has a net worth of $3 billion. Ron Baron joined the billionaire rankings thanks to his position as the founder and head of Baron Capital, which manages $38 billion in assets. A native of Asbury Park, New Jersey, Ron Baron worked a number of odd jobs as a kid. He worked as a lifeguard, water skiing teacher and ice-cream truck driver. At night, he attended the George Washington law school and later started to serve as a biochemistry teaching fellow at Georgetown University. After graduating he landed a job post as patent examiner in U.S. Patent and Trademark Office.

In 1970 he became a securities analyst. It was in 1982 he established Baron Capital. Today the company manages nearly $40 billion in assets and hosts a highly coveted annual investors conference at the Metropolitan Opera House, featuring surprise performances by musicians and similar entertainers.

Hamptons House: Baron is the owner of one of the largest estates in the Hamptons. In 2007 he paid $103 million for the home. At the time it was the most amount ever paid for a property in Hamptons. The property spans 52 oceanfront acres and features a 28,000 square-foot mansion in addition to several original structures. He also owns homes in New York City and Vail. 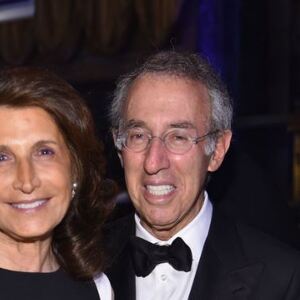