What is Roman Abramovich's Net Worth?

Roman Abramovich is an Israeli-Russian businessman who has a net worth of $13 billion. Although Abramovich is a widely-known figure in Israel and Russia for his involvement in politics and business, most people know him as the former owner of the English Premier League team Chelsea F.C. Because of his considerable wealth Abramovich has at times been the richest person in Israel.

He is also the tenth-richest Russia person and the 113th-richest person in the world. Reports stated that Abramovich's net worth was actually much higher prior to the 2008 financial crisis, after which he lost billions.

He is one of the most generous Russian billionaires. Over the years, Abramovich has allegedly donated more than $2.5 billion of his fortune, mostly to develop schools and infrastructure in Chukotka, a federal subject of Russia which he once governed.

Over the years, Abramovich has developed a reputation for being somewhat of a controversial figure. Considered by many to be an "oligarch," Abramovich allegedly earned most of his fortune by selling Russian state-owned assets following the fall of the Soviet Union.

Roman Arkadyevich Abramovich was born on October 24th of 1966 in Saratov, Soviet Union. Abramovich comes from a Jewish family from Lithuania, and his parents were deported to Siberia as part of the Soviet occupation. His grandfather was also sent to a Gulag. By age four, both of Roman's parents had passed away. He started his fortune by selling goods as a street trader when the Soviet Union began to fall and capitalism started to creep in. Early successes involved selling consumer goods like tires and rubber ducks.

Roman Abramovich rose to his incredible level of wealth after he established close ties with Russian government officials, allowing him to push his involvement in the oil industry even further. In 1995, Abramovich acquired a controlling majority in shares for the Russian oil company Sebneft. Later, he invested heavily in steel production in Russia. In more recent years, Roman has focused more on the acquisition of tech companies.

In 2003, Roman Abramovich acquired Chelsea football club for an estimated $250 million. Over the next nine years, Roman poured millions upon millions into the club, perhaps billions, acquiring expensive players and helping Chelsea rise to unparalleled prominence in the modern game.

On February 26, 2022, Roman announced he was transferring his ownership interest in Chelsea to a charitable trust. At the time of his announcement Chelsea was estimated to be worth between $1 and $2 billion. On April 29, 2022 it was announced that Chelsea had been acquired by British billionaire Jim Ratcliffe for $5.3 billion, with $3.2 billion being paid to Chelsea's charitable trust and $2.1 billion being committed as investment in the club over the next decade.

Roman Abramovich is known for his expensive personal art collection. He also sponsors various exhibits that are open to the public. In 2008, he purchased a Francis Bacon painting for approximately $86.3 million in an auction. He also acquired a piece by Lucian Freud for about $33.6 million.

Abramovich has an extensive yacht collection, and he is considered to be the world's leading spender on yachts, having acquired a "fleet" of vessels that are worth hundreds of millions of dollars. He is the current owner of the Eclipse, a custom-built yacht that cost Abramovich approximately $400 million. The Eclipse was once the largest privately-owned yacht in the world and includes two swimming pools, two helicopter landing pads, and a detachable submarine.

In the past, Abramovich owned the Pelorus, another impressive yacht that was given to Abramovich's ex-wife as part of the divorce settlement. She then sold the yacht for $300 million. Abramovich has owned five yachts prior to the Eclipse, including the Luna, which sold for $360 million. 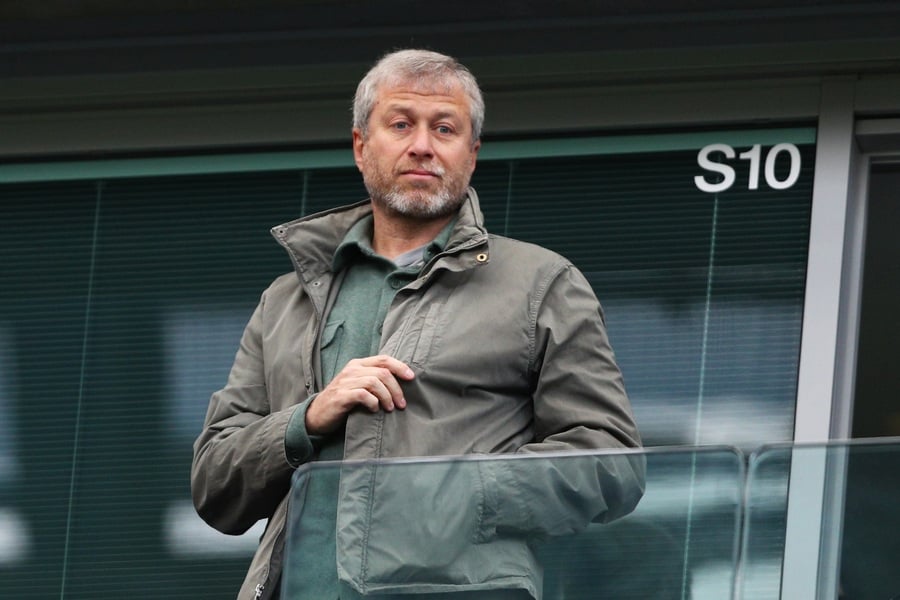 Roman Abramovich also owns a fleet of privately-owned aircraft. Perhaps his most impressive plane is a Boeing 767-33A/ER known as The Bandit. After being purchased from Hawaiian Airlines, the plane was retrofitted and customized to meet Abramovich's unique needs. The plane features a 30-person dining room and luxury bathrooms. In addition, The Bandit boasts advanced missile avoidance systems – the same type used by Air Force One.

In June 2022, the FBI announced its intention to seize two private jets belonging to Roman. One was a Boeing 787 Dreamliner, the other a Gulfstream. The combined value of the two jets was apparently $400 million. At the time of the announcement, the FBI claimed it had tracked the planes – which are owned through shell companies in the British Virgin Islands – as they traversed the world, allegedly violating export sanctions imposed after Russia's invasion of Ukraine. One of the imposed sanctions forbids aircraft manufactured in the US to receive the proper licenses that would be required to move the planes outside of Russia.

Abramovich's car collection is said to be worth over $11 million. One of his most notable vehicles is a 190-mph Ferrari FFX – one of only 29 produced. He also owns a limited-edition Pagani Zonda Roadster. Only 15 were ever produced. Further automobiles in Roman's possession include a Bugatti Veyron, a Mercedes AMG GT3, and an Aston Martin Vulcan.

Roman Abramovich allegedly has a real estate portfolio worth over 340 million pounds. Obviously, there are almost too many properties to list. That said, one of his most notable acquisitions includes four adjacent townhouses in the Upper East Side of Manhattan. Abramovich purchased the four properties for $74 million, and plans to combine them all into one property that the media has dubbed an "urban castle." Renovation costs were projected to exceed the price of the properties themselves, at $100 million.

Another notable property in his portfolio is a former hotel in Cote d'Azur, the French Riviera. The 12-bedroom building was purchased by Abramovich for just over 17 million pounds. Under the billionaire, the hotel will be used as his personal getaway. The hotel was once frequented by the Royal Family. From 2006 to 2007, Abramovich undervalued the property, which led to a European court ordering him to pay additional property taxes of 1.2 million Euros. Abramovich also has a massive, 125-million-pound mansion in London's Kensington Palace Gardens. Another 30-million-pound London property includes a three-story, waterfront penthouse in Chelsea.

In 2020, it was reported that Abramovich had paid $65 million for an extensive property in Israel. The acquisition broke several Israeli real estate records, as it was the largest-ever residential real estate deal in history. After attempting to purchase an entire ski town in Colorado, Abramovich settled for a 200-acre, $18 million ski ranch in 2008. In addition, the Russian billionaire acquired an entire nearby ski slope for $5.6 million.

The list goes on. Abramovich's real estate portfolio also includes an estate in St. Bart's worth 54 million pounds. Then there's the hotel in Tel-Aviv that Abramovich acquired for $17 million from Gal Gadot and her husband. When he divorced his second wife, he was forced to hand over an estate in West Sussex worth 18 million pounds. This is just a short list of Abramovich's most notable properties, and there are many others. 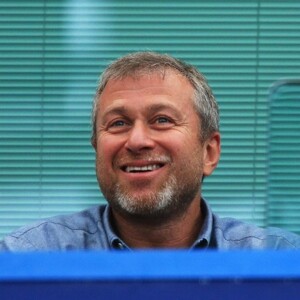