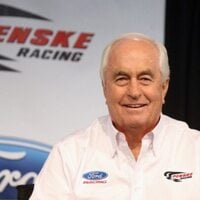 What is Roger Penske's Net Worth?

Roger Penske is an American businessman, entrepreneur, and retired auto racing driver who has a net worth of $2.6 billion dollars. Roger Penske is best known for creating one of the most successful teams in NASCAR and IndyCar Series racing. He is the owner of numerous automotive-related businesses, including Team Penske, IndyCar, and the Indianapolis Motor Speedway, and has also been a race strategist for his own IndyCar team. Among his other endeavors, Penske is a corporate director at General Electric and has previously served on the boards of The Home Depot and Delphi Automotive. He has been inducted into the International Motorsports Hall of Fame and the Motorsports Hall of Fame of America. In October 2019 he was awarded the Presidential Medal of Freedom by President Donald Trump.

Roger Penske was born on February 20, 1937 in Shaker Heights, Ohio. He first caught the entrepreneurial bug from his father Jay, who served as a corporate executive for a metal company. As a teen, Penske purchased old cars, fixed them up, and sold them at a profit from his family's house. After graduating from Shaker Heights High in 1955, he attended Lehigh University in Bethlehem, Pennsylvania.

After getting his start in competitive racing in the sport of hillclimbing, Penske did road course racing in Porsches. He made his first professional start at the Marlboro Motor Raceway in Maryland. Penske soon became a well-known race car driver, competing in a pair of Formula One Grands Prix and winning a NASCAR Pacific Coast Late Model race in 1963. He continued to race until 1965, at which time he retired to focus on his first Chevrolet dealership in Philadelphia.

In 1966, Penske debuted his professional auto racing organization, Penske Racing, at the 24 Hours of Daytona. The team went on to compete in the Indianapolis 500 in 1969; three years after that, Penske Racing won the event with driver Mark Donohue. In 1973, the team recorded its first NASCAR win. Over the years since, Penske Racing has competed in the NTT IndyCar Series, the FIA World Endurance Championship, and the NASCAR Cup Series, as well as myriad other professional racing events such as Formula One, Trans Am, and Australian Supercars. It also ran cars in the CART series with some of the world's greatest drivers, such as Bobby Unser, Tom Sneva, Emerson Fittipaldi, Mario Andretti, and Helio Castroneves. Overall, Penske Racing has racked up more than 500 victories and over 40 championships in total.

Getting ready for a comeback in sports car racing in 2005, Porsche chose Penske Racing to run in the American Le Mans Series. The following year, Penske's Porsches took victories at Mid-Ohio and the annual Petit Le Mans. In 2009, Penske left the American Le Mans Series to join the rival Grand-Am Rolex Sports Car Series for the season. Later, in 2012, he won his first NASCAR Sprint Cup Championship with driver Brad Keselowski. Two years after that, Penske acquired a 51% stake in Dick Johnson Racing, an Australian V8 Supercars team; it was subsequently renamed DJR Team Penske. The team went on to win a championship race at the Tyrepower Tasmania SuperSprint in 2017, and the Bathurst 1000 in 2019. 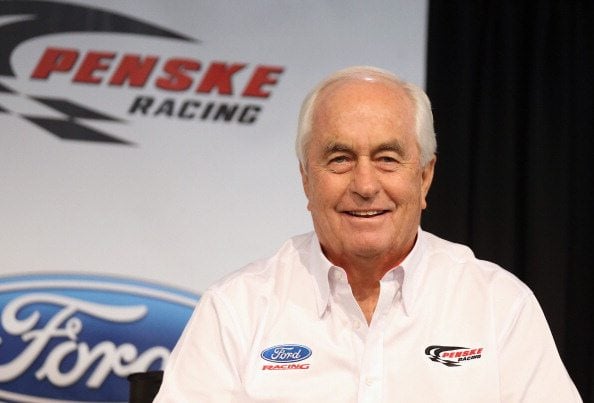 Penske is the chairman of his own Penske Corporation, a transportation services company he founded in 1969. Based in Bloomfield Hills, Michigan, the company's holdings include Penske Automotive Group, which runs car dealerships throughout the United States; Penske Motor Group; Penske Truck Leasing; Penske Logistics; and Ilmor Engineering, which makes high-performance motorsport engines. There's also Penske Entertainment Corporation, which is the parent company of the Indianapolis Motor Speedway, which Penske purchased in 2019.

Beyond auto racing, Penske serves as a corporate director at General Electric. Previously, he served on the boards of the Home Depot and Delphi Automotive. Penske resigned from those positions in 2005 to chair the Detroit Super Bowl Committee for Super Bowl XL in Detroit, Michigan.

A Republican, Penske donated $500,000 to presidential candidate Mitt Romney's Super PAC Restore Our Future in 2012. In 2020, he endorsed Trump in the presidential election.

Penske has five children: Roger Jr., Gregory, Mark, Blair, and Jay. Two are from his first wife Lissa, and three are with his second wife Kathy. Gregory serves as the chairman and CEO of Penske Motor Group. Jay Penske is the chairman and CEO of Penske Media Corporation which owns The Hollywood Reporter, Rolling Stone magazine, Variety magazine and Women's Wear Daily.