How much is Roberto Hernández Ramírez Worth?

Roberto Hernandez Ramirez Net Worth: Roberto Hernandez Ramirez is a Mexican businessman who has a net worth of $1.8 billion. Roberto Hernandez Ramirez is best known as the former CEO of Banco Nacional de México (Banamex), the second largest bank in Mexico. Born Roberto Hernández Ramírez in 1942 in Tuxpan, Veracruz, he started to build his fortune right after he took a degree in business administration from the Ibero-American University in 1964. Before establishing himself as a business executive, he co-founded Acciones y Valores de México (Accival) in 1971, and three years later he became the youngest president ever of the Mexican stock exchange. It was in the period from 1997 to 2001 that he served as Banamex's CEO and he received some $2 billion in stock when Citigroup bought the Mexican bank in 2001. Roberto Hernandez Ramirez served on Citigroup's board until 2009 when the bank saw a dramatic fall in its shares. Nowadays, Hernandez sits on the board of Mexican broadcaster Televisa, led by Emilio Azcarraga Jean. An avid environmentalist, he is fully dedicated to preservation efforts. To date, he has formed two foundations focused on the environment and Mayan cultural heritage. He is also on the board of trustees of the World Monuments Fund, as well as on the board of the Nature Conservancy. 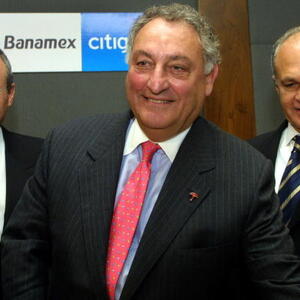