How much is Robert Vadra Worth?

Robert Vadra net worth: Robert Vadra is an Indian executive who has a net worth of $2.1 billion. Robert Vadra earned his net worth after his marriage to Indian politician Priyanka Gandhi. Vadra met Priyanka Gandhi at a mutual friend's house and in 1997, they were married making Vadra a part of the most powerful family in India. Together they have two children, Raihan and Miraya. Despite marrying a family with a strong history of politics, Vadra does not interfere with any policy making, insisting that he's a businessman and his only focus is Artex, a small company that specializes in jewelry exports.

There were growing speculations over the way Vadra acquired his earnings, as he gained his billions seemingly overnight. In 2008, the small time exporter of artificial jewelry made a low key entry into the real estate industry in partnership with Indian's largest property firm, DLF Ltd. Vadra started spreading to other business ventures, buying up land in Haryana and Rajasthan as well as owning 50 per cent share of a leading hotel company in Delhi. The New-Delhi entrepreneur is now attempting to break the chartering aircraft industry.

Since then, Vadra appeared to have his fingers in even more business pies. Vadra is also the sole owner of Sky Light Hospitality Pvt Ltd, having his mother Maureen as a partner. Furthermore he owns 20 per cent of Unitech, which was in the centre of the high profile 2G spectrum scam. As Robert was involved in the scam, there are concerns from the Indian citizens that the investigation will never come to a definite conclusion.

As Vadra gained his billions, he had to deal with three family tragedies: His sister, Michelle, died in a car accident in 2001. His older brother, Richard, was found dead in at his home in 2003, and his father Rajinder hanged himself in 2009. It was reported that Rajinder disowned his son (Robert) after he married Priyanka Gandhi. 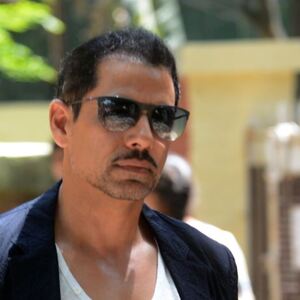