Robert Rowling net worth: Robert Rowling is an American businessman who has a net worth of $6 billion dollars which makes him one of the richest people in Texas. Born in Corpus Christi, Texas, Robert Rowling graduated from the University of Texas at Austin, and then earned his law degree from Southern Methodist University.

He began working for his father's oil company in the early 70s, and subsequently formed TRT Holdings. TRT has gone on to become a highly successful holdings company. The company sold Corpus Christi National Bank in 1994, receiving $131 million in return. Mr. Rowling then went on to purchase the Omni Hotel chain, which he has grown to include 50 locations and 15,000 rooms. He is currently completely revamping Tana Exploration, a struggling oil company, and he is also the owner of the Gold's Gym franchise. Mr. Rowling currently lives in Dallas, Texas, and is a vocal supporter of the Republican Party. After giving $2 million to Karl Rove's Super PAC, American Crossroads, there was widespread outcry from Gold's Gym members. 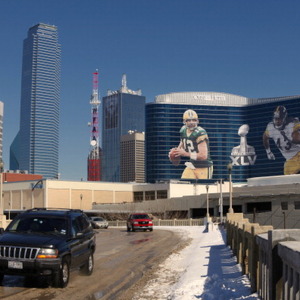