Robert McNair net worth: Robert McNair was an American businessman who had a net worth of $4 billion dollars at the time of his death in 2018. Born in Tampa, Florida, Robert McNair grew up in Forest City, North Carolina. He graduated from the University of South Carolina in the late 50s.

He founded the energy company, Cogen Technologies, and then went on to sell it for $1.3 billion to CalPERS and Enron in the late 90s. Later in life he was the Chairman and CEO of The McNair Group, which was dedicated to real estate and financial sector ventures. He also oversaw the Robert and Janice McNair Educational Foundation, which provides educational funding for North Carolina-based students. He was the Chairman of Cogene Biotech Ventures. He lived the majority of his life in Houston, Texas. He formed Houston NFL Holdings in 1998 to explore the acquisition of a professional football franchise. He successfully bid for an NFL team, and in 1999 he and his partners paid $700 million for the franchise that would become  The Houston Texans. The Texas began professional play in 2002 and in his lifetime won four division titles. Robert McNair died on November 23, 2018 at the age of 80. He is survived by his wife, four children and 15 grandchildren. 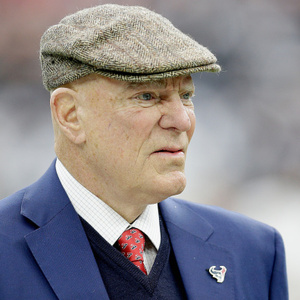