Robert Maxwell net worth: Robert Maxwell was a British media proprietor and Member of Parliament who had a net worth of -$1 billion at the time of his death. Robert Maxwell was born in Slatinske Doly, Czechoslovakia in June 1923 and passed away in November 1991. He rose up from poverty and built his extensive publishing empire that ultimately crumbled under the weight of massive debt. After Maxwell passed away there were huge discrepancies found in his company's finances. Early on he escaped from Nazi occupation and joined the Czechoslovak Army during World War II. He built up Pergamon Press and served as a Member of Parliament for Buckingham from October 1964 to June 1970. After that he purchased the British Printing Corporation as well as Mirror Group Newspapers and Macmillan Publishers. He would eventually own the tabloid newspapers such as the New York Daily News, The Mirror and a stake in MTV Europe.

He was known for his flamboyant lifestyle which included a helicopter and a luxury yacht named the Lady Ghislaine which was named after his daughter Ghislaine Maxwell. Years later Ghislaine Maxwell would be accused of acting as a madame for financier Jeffrey Epstein. Ghislaine would allegedly procure underage women for Jeffrey to molest and rape. She also helped Jeffrey meet figures like Bill Clinton and Prince Andrew.

Robert Maxwell had to sell businesses including Pergamon Press in 1989 to cover his debts. Robert Maxwell's body was found floating in the Atlantic Ocean in 1991 when he was 68 years old. The next year the Maxwell companies applied for bankruptcy protection. Robert Maxwell was married to Elisabeth Meynard and had nine children.

At the peak of is business empire, Robert Maxwell's net worth was $1.9 billion. After his death his business empire was as much as $4 billion in debt. Though he did manage to squirrel away enough money to provide his children trust funds that paid $100,000 per year. It was also revealed after his death that Robert had plundered his employee pension funds to the tune of several hundred million pounds. 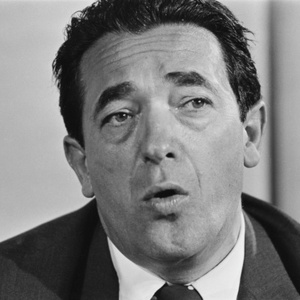