How much is Robert Kuok Worth?

Robert Kuok Net Worth: Robert Kuok is a Malaysian Chinese businessman who has a net worth of $15.5 billion. Born in Johor Bahru, Johor, Malaysia, in 1923, Robert Kuok was one of three children and learned how to speak Chinese Fuzhou, English and Japanese while Malaya was occupied by Japan. He attended Raffles Institution and English College Johore Bahru. Kuok made his fortune in the sugar industry, but his career began in the corporate world working in the rice business. He founded Kuok Brothers Sdn Bhd with family in the late 1940s to trade agriculture. Ten years later, Malayan Sugar Manufacturing Co. was born and partnered with the Japanese. Soon, Kuok owned the monopoly on Malaysia's production of sugar, controlling about 80 percent of the market in the early '60s. A decade later, Kuok entered the hotel business, developing Singapore's first Shangri-La Hotel, before moving into Hong Kong. Kuok is heavily involved in business with a variety of countries, including Indonesia, Fiji, Australia and the Philippines. He has expanded into several different industries, including flour milling, animal feed, oil, trading and publishing. In 2012, Kuok was reported to be the richest person in Malaysia. He has been married two times and has eight children and a handful of grandchildren. Many of his sons are involved in his business ventures. Kuok lives in Hong Kong.

Net Worth details: Robert Kuok is credited with owning 100 percent of Kerry Group, Kuok, and Kuok Brothers. He also owns 51 percent in PPB Group. In 2009 the group sold it sugar investments to Felda Global Ventures for $380 million. Kuok is also involved in Kerry Properties, Wilmar International Shangri-La Asia, Allgreen Properties, and Kerry Logistics among others. 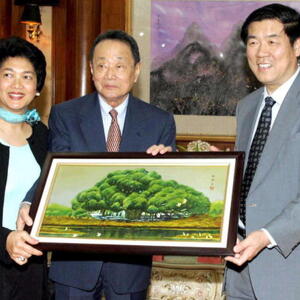