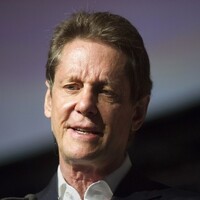 Robert Martin Friedland Net Worth: Robert Martin Friedland is an American-born businessman and a financier who has a net worth of $1.8 billion. He has been active in this field since 1980. Friedland specialized in securing funds for the development and exploration of the energy and mineral resources. His company, Ivanhoe Capital Corporation, focuses mainly on managing global capital markets of the emerging industries. During this period, he also founded Ivanhoe Mines, a public company listed both in Toronto and New York. Robert Martin Friedland was born on 18 August 1950 in Chicago, USA. In 1970, he was arrested and expelled from the Bowdoin College for the possession of drugs, worth more than $100,000 dollars. Federal authorities presented him in the court and he was sentenced to two years in federal prison. Two years later, he got his political science bachelor degree from the Reed College, Oregon. It was during this time, he met the founder of Apple, Steve Jobs. In the early 1980s, he settled in Singapore to operate his company Ivanhoe Capital. This is a company that focuses mainly on the emerging Asian markets such as Singapore, India and China. Furthermore, he founded the Ivanhoe Mines in Canada. This company was founded in 1994 and then it was listed on the Toronto Stock Exchange in 1996. He chairs and actively participates as a board member in more than 8 corporate companies. This includes Sunwing holding, Ivanplants limited, Potash One Inc and much more. Friedland, who has managed to keep dual citizenship, US and Canada, is currently residing in Singapore.