Rhône also offers financial advisory services, strategic alliances, joint partnerships, and business valuation services. Rhône is headquartered at Rockefeller Plaza in New York City with additional offices in London and Paris. Rhône was founded in 1995 by billionaire financiers Robert Agostinelli and Steven Langman. They brought with them a team of professionals who have been running and managing Rhône since it's inception. The vast majority of the people who comprise the team of experts at Rhône have been working together since the early 80's at Lazard and Goldman Sachs. The company tends to invest in energy, materials, industrials, retailing, consumer staples, healthcare, and financial sectors. Robert Agostinelli was born on May 21, 1953 in Rochester, New York. He obtained a BA from St John Fisher College in 1976 and attended Columbia Business School where he received his MBA and graduated with highest honors in 1981. He began his career in financial services at the investment bank, Jacob Rothschild before joining Goldman Sachs and becoming a senior partner for the firm. During his time with Goldman Sachs he founded the firm's international mergers and acquisition business in London and while working at Lazard he was involved in several of the largest transactions in European takeover history. Shortly thereafter, Agostinelli and Steven Langman started their own firm, the Rhône Group where they continue to build a lucrative business. Robert Agostinelli is heavily involved in politics and philanthropy with his most notable associations including the Friends of Israel Initiative and as the Former Vice-Chairman of the Council of the United States and Italy. 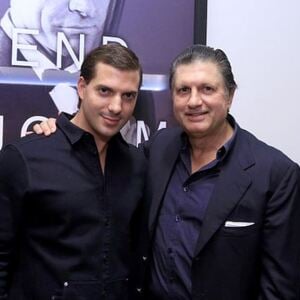