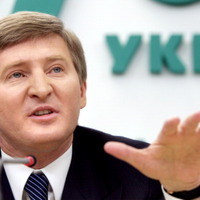 What is Rinat Akhmetov's net worth?

Rinat Akhmetov is a Ukrainian billionaire who has a net worth of $8 billion. Rinat Akhmetov is the richest person in the Ukraine. Born in Donetsk, Ukrainian SSR, Soviet Union, Rinat Akhmetov graduated from Donetsk National University with a degree in Economics. His rise to billionaire status is shrouded in mystery, with many publications claiming that he engaged in numerous criminal activities during his early business years in order to achieve his meteoric rise to financial dominance. He claims that he simply took a risk on the right markets at a time when privatization was suddenly making it possible to amass large sums of money in the Ukraine.

Rinat has made the majority of his wealth through coal and energy production. He is the founder of System Capital Management and controls 60% of coal and energy production in the Ukraine through his subsidiary, DTEK. He also owns Shakhtar Donetsk, the Ukrainian football club, and serves as a member of the Ukrainian Parliament. Rinat Akhmetov famously bought two apartments in the world's most exclusive building, One Hyde Park in London. He combined the two apartments into one giant $216 million property.