How much is Richard Marriott Worth?

Richard Marriott net worth: Richard Marriott is an American businessman who has a net worth of $2.6 billion dollars. That makes him one of the richest people in Maryland. Richard Marriott graduated from the University of Utah, and then went on to earn an MBA at Harvard University. The son of J.W. Marriott, Sr., Richard Marriott inherited the Marriott Hotel conglomerate. The hotel chain began as a Washington D.C.-based root beer stand in 1927, and Mr. Marriott, Sr., grew it to include restaurants, catering services, and, most famously, hotels. The first Marriott Hotel, Twin Bridges, was opened in 1957. Richard Marriott and his brother, Bill, took over leadership of the Marriott Corporation, and subsequently split up the company. Richard now runs Host Hotels, a Marriot spin-off that is currently made up of 121 hotels, and is the largest lodging real estate development trust on the planet. He also still owns a portion of Marriott International, which is run by his brother. He is staunch supporter of Mitt Romney, who served on Marriott's board from 1993-2002, and from 2009-2011. 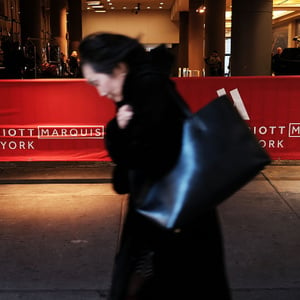