Richard Li Net Worth: Richard Li is a Hong Kong businessman and philanthropist who has a net worth of $2 billion. The younger son of the rags-to-riches tycoon Li Ka-shing, Richard Li is one of the top players in Hong Kong's telecommunications today. Actually, he got back to being the kingpin of the city's industry after his father's PCCW-controlled HKT agreed to acquire CSL New World Mobility for HK$18.8 billion in December 2013.

The latter, which is a subsidiary of Australian network operator Telstra, allowed HKT to acquire a 31% share of Hong Kong's mobile communications market once the transaction was completed earlier this year. Additionally, the Li family is making an entry into the broadcast and insurance industries. As of October 2013, the government gave a much-coveted license to their PCCW to compete in Hong Kong's free-to-air television market. Under Richard Li's direction, PCCW has participated in a number of philanthropic causes, including the 2002–03 SARS outbreak. Richard dated actress and singer Isabella Leong from 2008 to 2011. They have twin sons together who were born in San Francisco in 2010. 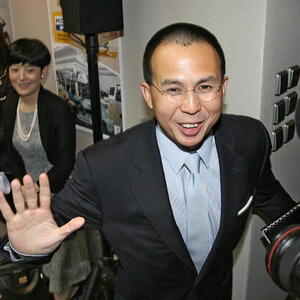