Richard Desmond Net Worth: Richard Desmond is a British media magnate who has a net worth of $2.5 billion. A self-made billionaire, Mr. Desmond is best known as the owner of UK's popular network, Channel 5. Born Richard Clive Desmond on December 8, 1954 in London, he dropped out of high-school to work in the classified advertisements section of the Thomson Group.

He was twenty when he set up Northern & Shell in 1974. The company evolved over the years and by 1983 it obtained a license to publish Penthouse in the UK. Thanks to his interest in both music and advertising, he even started a magazine called International Musician. In 2000, he got the ownership over the British newspaper group Express, which includes such titles as the Daily and Sunday Express, the Daily Star and Daily Star Sunday, as well as the Irish Daily Star. By 1993, the group started to publish the celebrity weekly magazine Ok! Aside from the above titles, Richard Desmond also owned more than 40 adult entertainment publications that he later sold in 2004. It was on July 23, 2010 that he bought Channel5, which airs Dallas, American Idol and Celebrity Big Brother. Since its acquisition, Desmond has made some major changes transforming the board, slimming down staff, moving headquarters and investing in a host of new programming. 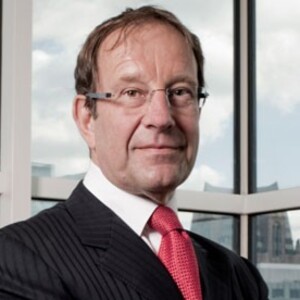