How much is Ren Zhengfei Worth?

Ren Zhengfei Net Worth and Salary: Ren Zhengfei is a Chinese entrepreneur and engineer who has a net worth of $1.4 billion. He is the founder of the Shenzhen-based company Huawei. The company is the world's largest producer of telecommunications equipment and the second-largest manufacturer of smartphones.

Early Life: Zhengfei was born on October 25th of 1944 in the Guizhou province of the People's Republic of China. His grandfather was a master chef from Rendian Village, and his father was the president of a middle school, while Ren's mother was a senior middle school teacher. He has five younger sisters and one older brother. Zhengfei spent his primary and middle school years in a secluded, mountainous town in the Guizhou Province. In 1963, he enrolled at the Chongqing Institute of Civil Engineering and Architecture.

After graduating from university, Ren joined the People's Liberation Army research institute, where he worked as a military technologist at a research unit in Mianyang, Sichuan. He remained employed in the civil engineering industry until 1974, when he was hired to the military's Engineering Corps, tasked to establish the Lia Yang Chemical Fiber Factory.

Zhengfei accepted positions as a technician and engineer and was promoted as a Deputy Director. But he was not permitted military status within the Communist Party of China because of his parents' social background and ties to the Kuomintang. During his nine-year career in the military, Ren was responsible for several technology achievements, which were recognized at various levels. In 1983, Zhengfei retired from the army because of a considerable workforce reduction, impacting 500,000 active-duty personnel. He then moved to Shenzhen, where he began working in the electronic business. 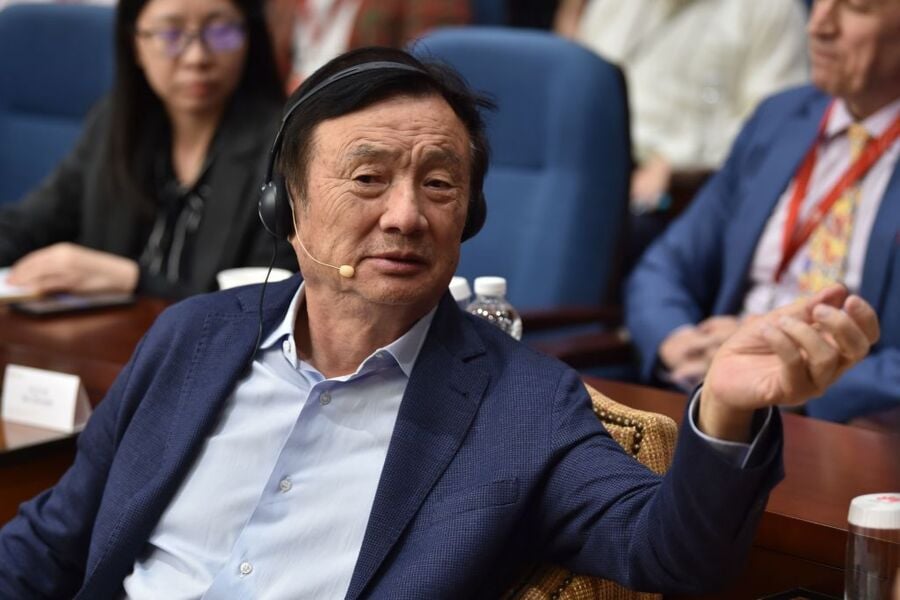 Huawei: Ren founded Huawei Technologies CO. Ltd in 1987 with 21,000 yuan, equivalent to US$5,000 at the time. At first, Huawei was a contractor that sold, installed, and maintained server switches for a Hong Kong dealer. In 1992, Zhengfei pushed for Huawei to develop the C&C8 server switch, which, at the time, sold at 1/3 of the price. This was the company's first successful boost.

Because of Ren's background, the Chinese government rewarded Huawei with contracts for building data centers and 4G networks. Huawei was also active in building telecommunications for African countries during the 1990s.

In 2005, Time Magazine included Zhengfei in its list of the 100 most influential people of the year. Ren is a supporter of Apple and says they have a "good ecosystem and when my family is abroad, I still buy them iPhones, so one can't narrowly think love for Huawei should mean loving Huawei phone."

Relationships: Ren has been married three times. His first wife was Meng Jun. They had two children together, a daughter named Meng Wanzhou and a son named Ren Ping. After they divorced, Zhengfei married Yao Ling, with whom he had a daughter, Annabel Yao. In 2018, Annabel enrolled at Harvard University as a computer science student. She is also a ballet dancer and made her high-profile debut at Le Bal des Débutantes in Paris in 2018. Ren then married his third wife, Su Wei, who was reportedly his former secretary.

Zhengfei's eldest daughter, Meng Wanzhou, is deputy chairperson and chief financial officer of Huawei, who in February of 2020, was indicted by the US Department of Justice on charges of trade secrets theft, which carries a maximum penalty of ten years' imprisonment. 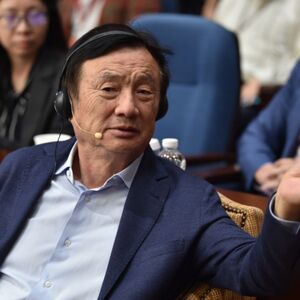