Reinhold Wurth Net Worth: Reinhold Wurth is a German entrepreneur who has a net worth of $8.7 billion. Reinhold Wurth was only 19 years old when he took over his father's little screw industry, and built it into an enormously profitable company today known as the Adolf Wurth Group. Born on 20 April 1935 in Öhringen, Württemberg, Germany, Wurth made his fortune over the years as the value of tools and fasteners sector has increased.

Making lots of money from fasteners, Wurth has turned his interest towards art, and became an art collector that owns 15,000 pieces. His collection includes works of Pablo Picasso, Edvard Munch, Hans Holbein the Younger, Max Beckmann and many others famous artists. Over the years, Wruth has received many awards including the Ludwig Erhard medal, which is given only to those who have made a vast contribution in their work for the society, as well as, for the development of the economy. Reinhold Wurth retired in 1993, after which his daughter Bettina became a leader of the company. Nowadays, he enjoys a posh life by riding a Harley-Davidson and flying planes. 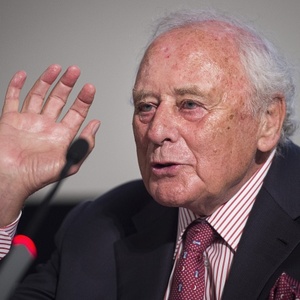