Billy Joe (Red) McCombs Net Worth: Billy Joe (Red) McCombs is an American businessman who has a net worth of $2 billion. Best known as the founder of Red McCombs Automotive Group in San Antonio, Texas, Mr. McCombs is one of the richest people in the world. Born Billy Joe McCombs on October 19, 1927 in Spur, Texas, he briefly attended Southwestern University in Georgetown, after which he joined the U.S. Army for two years.

Later on, he joined the University of Texas at Austin, attending business and law school. In the early 1950s, he got married and left college to sell cars at George Jones Ford in Corpus Christi. By the end of the decade, in 1958, McCombs and a fellow salesman, Austin Hemphill moved to San Antonio to form the Hemphill-McCombs Ford, the foundation for what later became Red McCombs Automotive Group. Off to a good start, he has become an owner of at least 55 dealerships and counting. Already well-established in the world of business where he has been often referred to as Red, he got involved in the energy industry with the formation of McCombs Energy in Houston. But that's not all as he is a co-founder of Clear Channel Communications and Chairman of Academi (formally Blackwater Worldwide), as well as a former owner of the San Antonio Spurs, Denver Nuggets and the Minnesota Vikings. Actively involved in thoroughbred racing, cattle breeding, oil drilling, and building condos, he even served as a major partner in Walmac Farm for several years. The secrets of Red's success were recently revealed in a new autobiography titled "Big Red". Married with three children, he currently resides in San Antonio, Texas. 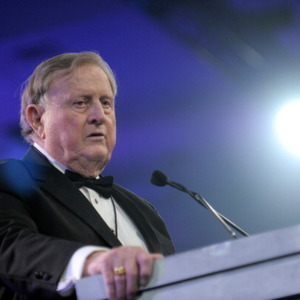