How much is Ray Davis Worth?

Ray Davis Net Worth: Ray Davis is an American businessman who has a net worth of $3.1 billion. A low-profile pipeline mogul, Ray Davis is now best known as the co-owner of the Texas Rangers baseball team. It was in 2010 that he teamed up with the founder of XTO Energy, Bob Simpson, to buy the team for $593 million. Prior to becoming baseball team co-owner, Davis united with fellow billionaire Kelcy Warren to acquire the gas pipeline company Cornerstone in 1993. The two bought a small net of pipelines that was consolidated into an efficient network. In 1999, Davis and Warren transferred the pipeline network to El Paso, where they created a natural gas retailer, distributor and pipeline company called Energy Transfer Equity. Even though Davis abandoned his position of Co-Chief Executive in 2007 and stepped down from the board in February 2013, he still has a 6% share in the company. 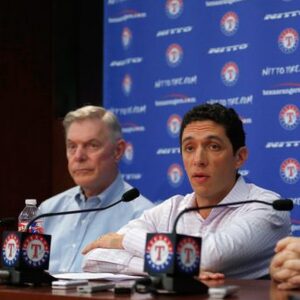