Ravi Pillai Net Worth: Ravi Pillai is an Indian businessman who has a net worth of $1.7 billion. Mr. Pillai has been doing business for several decades both in his native India and on a global level. He first decided to settle in Saudi Arabia after his small construction business in his native Kerala state went bankrupt because of a workers' strike.

Assisted by a local partner who backed him financially, Pillai made a fresh start in 1979 and eventually built his RP Group of Companies into a construction conglomerate that benefited big during the Middle East construction boom. Nowadays, he is considered to be the biggest employer in the Middle East with a work force of 70,000, out of which 80% come from India. He has also been investing heavily in his native country be it in banks, hotels, real estate and various other cost-effective assets. Among his future projects, the one worth mentioning is the construction of a 280-room Crowne Plaza Hotel that is slated for a 2016 opening. Ravi Pillai, who owns several homes around the world and collects watches, had his daughter Arathi, a doctor, join the business in April 2014. 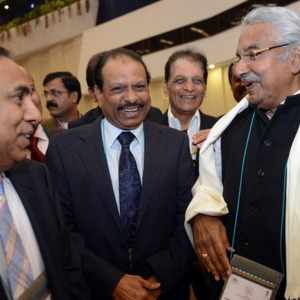