Ratan Tata is the chairman of the Tata Group, as well as, other major Tata companies, and has a net worth of $1 billion. Ratan Tata has accumulated his net worth through his career at Tata Sons. He started out shoveling limestone and tending to the blast furnace, in Jamshedpur, on the ground floor. In 1971, he became the Director of NELCO, which was not doing so well, at the time. He was able to up the market share by 23%, but the company quickly began to decline, due to labor issues and the economy. He helped to turn around the Empress Mills, but, because he wasn't allowed the Rs 50 lakh he needed, the company hit bottom, and was shut down in 1986. Since then, Ratan has taken over the position of Tata Industries chairman, after JRD Tata stepped down, in 1981 and has become group chairman of the Tata group. He was responsible for obtaining many companies, such as, Tetley, Land Rover, Corus and Jacquar. Other major Tata companies include Tata Steel, Tata Motors, Tata Teleservices, The Indian Hotels Company, Tata Power, Tata tea, and Tata Chemicals. Ratan Tata is known for turning Tata into a world wide success.

Ratan Tata was born in Bombay, Bombay Presidency, British India, in 1937. His parents, Naval Tata (father), and Soonoo Commisariat (mother) was a well known family in the community of Parsi. His mother and father separated and Ratan Tata was raised by his grandmother (Lady Navajbai) in Mumbai. He attended Campion School and later earned a B.S. in structual engineering and architecture at Cornell University, in 1962. He also graduated from Harvard Business School, after completing an Advanced Management Program, in 1975.

Ratan Tata is on the program board of the Bill and Melinda Gates Foundation's India aids initiative, is a member of the Prime Minister's Council on Trade and Industry, as well as, the board of governors for the East /West Center, and on the advisory board of RAND's Center for Asia Pacific Policy. He is also on the boards of Booz Allen Hamilton, American International Group, Mitsubishi Corporation, and J.P.Morgan. Ratan Tata is well known and honored, internationally. He also belongs to the BMB Group, as an advisory board member, a University of Southern California, and Cornell University board of trustees member, is a board member on the Republic of South Africa's International Investment Council, as well as, a member of the Asia-Pacific Advisory Committee for the New York Stock Exchange. He has won several awards, such as, Honorary Doctor of Laws (2010), Honorary Citizen of Singapore (2007), Honorary Economic Advisor (2004), Legend in Leadership Award (2010), and many more. He is also known for his efforts towards the development of Indica and the four passenger city car, the Nano. It is considered to be one of the most inexpensive cars in the world, today. Because of the low price, this little car has made it affordable for all people. It has become a very popular, and trendy vehicle, in India. 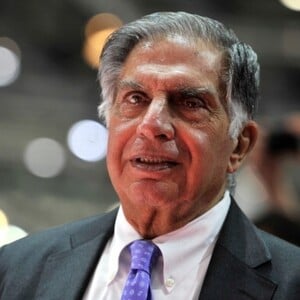