Randy Lerner Net Worth: Randy Lerner is an American entrepreneur and sports team owner who has a net worth of $1 billion. The Son of Al Lerner, who made fortune creating credit card giant MBNA, Lerner has made a fortune of his own away from banking. Born Randolph D.

Lerner on February 21, 1962 in Brooklyn New York, he graduated from Columbia Law School and worked as a lawyer before entering the world of business. Shortly after, he started his business career at the Progressive Corporation as an investment analyst. Following his stint there, he decided to found an independent investment firm with Progressive capital called Securities Advisors, Inc. (SAI). Having owned and managed SAI until 2001, he then shifted his focus to equity investing. It was upon his father's death in 2002 that he became Chairman of his MBNA Corporation, which he sold for $35 billion to Bank of America in January, 2006. In the meantime, he has also become the owner of the NFL American football team, the Cleveland Browns, since October 2002, and has served as the Chairman of Aston Villa Football Club of the English Premier League since 2006. In 2012, he sold The Browns to Jimmy Haslam. 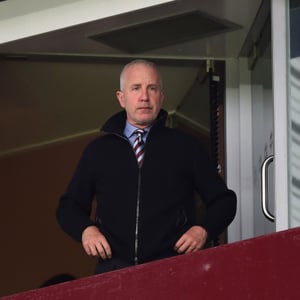