Randa Williams Net Worth: Randa Williams is an American heiress who has a net worth of $7.2 billion. Randa Williams is the eldest of the four children of the late entrepreneur Dan Duncan, co-founder of Houston-based energy firm Enterprise Products. Dan was the richest person in Texas at the time of his death in 2010. Enterprise Products is a publicly traded energy pipeline company with over 50,000 miles of gas, natural oil and petrochemical pipelines.. Randa was born on January 1, 1962 in Houston. When her father died in 2010, the family's massive fortune was divided between the four siblings; Dannine Avara, Randa Williams, Milane Frantz and Scott Duncan. Each child earned a stake that was worth $3 billion in 2010. Today each stake has more than doubled in value. In 2018 the company was ranked by Fortune as one of the 100 largest companies in America in terms of gross revenue. As of this writing the company has a market cap of $64 billion and generates more than $50 billion in revenue per year. Since 1998 the Duncan family have collected more than $8 billion worth of cash distributions from Enterprise. The members of the Duncan family own 700 million shares of Enterprise. Randa personally owns around 8% of the company, around 175 million shares. That means when EPD pays its $0.43 quarterly dividend, Randa earns $75.2 million. That's $300 million per year.

After earning a bachelor's degree from Rice University, Randa received a J.D from the University of Houston. She then practiced law with Butler & Binion and Brown, Sims, Wise & White. From 1994 to 2001, Randa Williams served as President and CEO of Enterprise Products. Williams is a contributor to numerous Huston-based charities such as Manned Spaceflight Education Foundation, the Ballet Foundation and many more. She is a member of the board of trustees of the Houston Zoo and Houston Museum of Natural Science. She declines most press requests and has been described as one of America's "hidden billionaires". In June 2019 she quietly purchased Texas' top magazine, Texas Monthly. 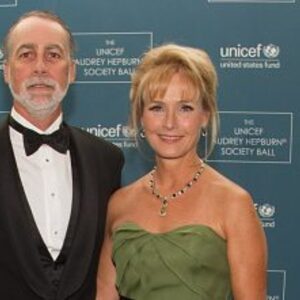