in South Asia, he got the chance to attend Dulwich College in London as well as Wharton School of the University of Pennsylvania. Rajaratnam made his career beginnings as a lending officer at Chase Manhattan Bank, after which he became analyst at the investment banking boutique Needham & Co. Rapidly rising through the ranks, he became the head of research in 1987 and the President in 1991. Some six years later, he set up Galleon Group, which initially was making big bets on health care and technology companies. In 2009, the group was already said to manage approximately $7.5 billion across 6 funds. But in 2001, Raj Rajaratnam was found guilty on all 14 counts of securities fraud and conspiracy, according to multiple reports. Ever since the announcement was made in a lower Manhattan federal court, Rajaratnam has been wearing an electronic monitoring device and remains free on bail. 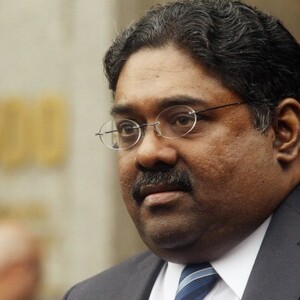