Rahul Bajaj Net Worth: Rahul Bajaj is an Indian businessman, politician and philanthropist who has a net worth of $2.2 billion. He is the present chairman of an Indian conglomerate, Bajaj Group, and also serves as a member of the parliament. Born on 10 June 1938 in Bengal, he first attended the Cathedral and John Canon School.

Next, he took a degree in law from the Government Law College in Mumbai, as well as graduated from the prestigious St. Stephen's College in India and Harvard Business School in the USA. In 1965 he started working at the Bajaj Group, which was initiated by his grandfather, Jamanlal Bajaj. Over the years, his two sons, Sanjiv Bajaj and Rajiv Bajaj, both got involved in the management of the Bajaj Group. Having made immense contributions to the corporate sector in India, he has also been appointed on several important positions by the Indian Government. Besides being a businessman and member of the Parliament, he has donated a huge amount of money for the downtrodden. Thus, he was presented with the Padma Bhushan, considered as the third highest award in the civilian category in India, in 2001. 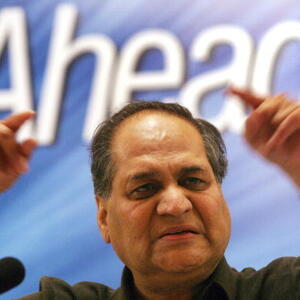