Pyotr Aven Net Worth: Pyotr Aven is a Russian entrepreneur and politician who has a net worth of $5.4 billion. Born Petr Olegovich Aven on March 16, 1955 in Moscow, Aven made his fortune as Head of Alfa Bank Group, which is part of the Alfa Group conglomerate. A graduate from Moscow State University who also holds a PhD in Economics, Aven started his career path as a senior researcher at the All-Union Institute for Systems Studies at the USSR Academy of Sciences, and then spent three years (1989-1991) at the International Institute for Applied Systems Analysis in Austria.

Later, he became the Minister of Foreign Economic Relations; serving in Russia's Group of Seven, then in 1993 Aven joined the Russia's Choice movement and was a candidate for State Duma. Next year, he met Mikhail Fridman, Alfa Group's Chairman, and soon he became an Alfa Group shareholder. Currently, Aven serves as the Chairman of the Board of Directors at Alfa Banking Group, Chairman of AlfaStrakhovanie Group and Co-Chairman of the Board of Directors of CTC Media, Inc. Since 2006, he has been a part of the Board of Directors of the Russian Union of Industrialists and Entrepreneurs. Moreover, Aven is an author of several scientific papers and articles on economic and trade issues in Russia, and a great supported of the arts and theater in Russia. 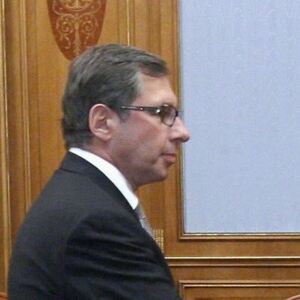