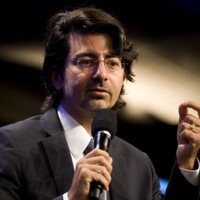 What is Pierre Omidyar's Net Worth?

Pierre Omidyar is a well known Iranian-American entrepreneur and philanthropist who has a net worth of $24 billion. Pierre Omidyar earned his fortune as the founder of eBay. He became a billionaire on the day went public in September 1998. He is the richest person in Hawaii.

He was 28 years old when he wrote the computer code that would eventually become eBay. At that time, the program went by the name of "Auction Web," and was hosted on a site he had created for information on the ebola virus. The often repeated story of eBay having been started in order for Omidyar's wife to trade Pez dispensers was actually a clever myth created by eBay's public relations department.

Omidyar is also a well-known philanthropist, having started an organization by the name of "Omidyar Network" which has donated billions of dollars to charity. His foundation has been described as a "philanthropic investment firm dedicated to harnessing the power of markets to create opportunity for people to improve their lives."

Omidyar was born on June 21, 1967 in Paris, France and given the name Parviz Morad Omidyar. His parents had emigrated to France from Iran for their studies. His father, Cyrus Omidyar, completed his medical studies in France and became a surgeon while his mother, Elahé Mir-Djalali, studied linguistics and became an academic.

When Omidyar was a child, his family moved to the United States for his father's job. He attended The Potomac School, where he first developed his interest in computers, and then St. Andrew's Episcopal School in Potomac, Maryland. After finishing high school in 1984, he enrolled at Tufts University where he earned his Bachelor of Science in computer science in 1988. He then pursued further studies at the University of California, Berkeley.

Omidyar's first computer science-related job was a Clairs, a subsidiary of Apple Computers. He then co-founded Ink Development, a pen-based computing start-up that then became an e-commerce company that was renamed eShop Inc. Microsoft purchased eShop in 1996 for around $50 million, of which Omidyar earned $1 million.

Just before Microsoft acquired eShop, Omidyar began to write code for a new online venture in 1995. He envisioned a platform that allowed for direct person-to-person sales of collectible items via auction. In September of 1995, he launched the first version of the service and called it Auction Web.

Over time, the business began to grow as more and more people began purchasing goods from each other. Omidyar collected a small fee from each transaction, allowing him to continue expanding the site. By the middle of 1997, the website was hosting almost 800,000 auctions per day and Omidyar decided to switch the name from Auction Web to eBay. 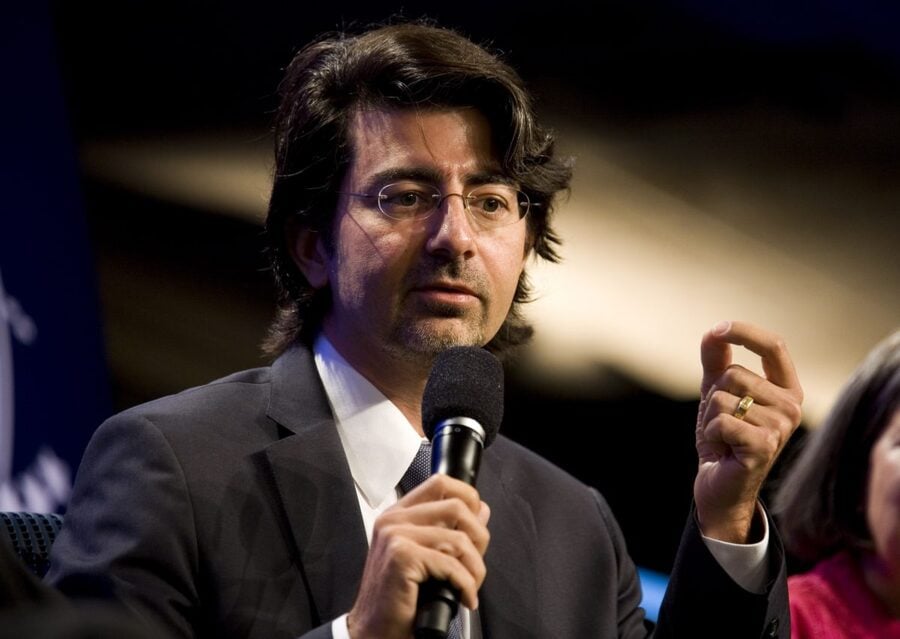 The company continued growing throughout the late 1990s and into the 2000s. In 1998, eBay went public and Omidyar became a billionaire. In 2002, eBay purchased PayPal, an online payment company. Omidyar has remained active in eBay over the past decades and retains the title of director emeritus, though he officially stepped down from the board of directors in 2020.

Outside of eBay, he also is an investor in a number of different projects, companies, and properties, including the Montage Resort and Spa in Laguna Beach, California. He is also a member of the Berggruen Institute's 21st Century Council.

Omidyar is married to his wife, Pamela, and the couple own properties in Nevada and Hawaii. He is a follower of Buddhism. He also is a supporter of the Democratic Party and is a major donor to Democratic candidates and organizations.

Omidyar is also a philanthropist and has committed to giving the majority of his wealth away during his lifetime. In 2019, he donated approximately $500 million to various charitable causes. He also created his own philanthropic investment firm in 2004 called the Omidyar Network. The organization is devoted to investing in various ideas and start-ups that are focused on creating economic, social, and political change and helping them scale. He has spent almost $1 billion to various organizations like Property Rights, Governance & Citizen Engagement, and Financial Inclusion and Consumer & Internet Mobile. He also founded the global philanthropic organization, the Luminate Group, in 2018. The organization is focused on building fair and just societies and provides support for nearly 350 organizations doing local and grassroots work in 17 different countries.