Pierre Castel Net Worth: Pierre Castel is a French businessman who has a net worth of $8 billion. Newcomer to the billionaires' circles, Pierre Castel runs Groupe Castel, which is a leading producer of French wines in the world today. Castel started the beverage giant together with his eight siblings back in 1949.

Aside from wines, the company makes beer and soft drinks. With plans for further expansion, Groupe Castel is currently present in Africa where it has some 45 breweries, as well as it holds 1,600 acres of vineyard in Morocco, Tunisia, Ethiopia and again Africa. As for its native France, the group owns or co-owns 22 vineyards. All in all, the beverage maker produces more than 640 million bottles a year. According to 2011 estimates, wine accounted for $1.9 billion of the group's $3.6 billion in revenues. The group's popular Castel-branded wine is present on the under-$10 market since 1991. 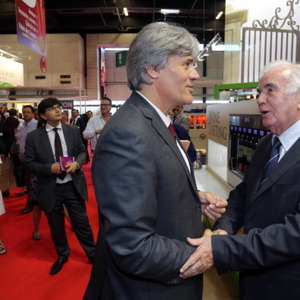