Pier Luigi Loro Piana Net Worth: Pier Luigi Loro Piana is an Italian businessman who has a net worth of $1.7 billion. Loro Piana made his debut on the world's richest list this year, i.e., few months after he and his brother Sergio sold the bulk of their mutual stake in the Loro Piana fashion line that specializes in high-end, luxury cashmere and wool products.

The sibling duo gave 80% of their stake in Loro Piana to French billionaire Bernard Arnault's LVMH for $2.6 billion in July 2013. Sergio died five months later, while Pier Luigi became a billionaire. Mr. Luigi still holds an estimated 10% stake in the clothing firm, which was set up by his grandfather in 1924. It was Luigi's father Franco that spread company's operations beyond Italy's borders in the 1940s, whereas he and his brother expanded the brand globally. Loro Piana now has around 130 stores worldwide, which offer a close variety of premium fabrics. Be it cashmere from Chinese and Mongolian baby goats or fur from Andes' vicunas, they have it all for a price. For example, their women's jackets sell for as much as $4,500. 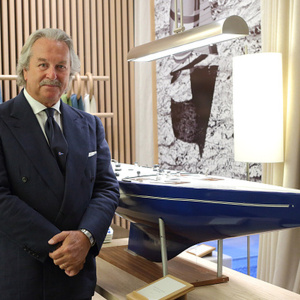