What is Phillip Ruffin's Net Worth?

Phil Ruffin is an American casino tycoon who has a net worth of $3.5 billion. While Phil Ruffin may not be as famous as some of the other Las Vegas casino moguls, he is one of the richest people in Nevada. Phil not only owns a host of casinos, but also racing tracks, convenience stores, and other ventures. He is especially active in fields like real estate, and he also owns the world's largest manufacturer of hand trucks. While Ruffin was a household name in the gambling industry for many years, he first became known to a wider range of people after his business dealings with Donald Trump were revealed. The pair co-own the Trump International Hotel in Las Vegas.

Phillip Gene "Phil" Ruffin was born on March 14th of 1935 in Potter County, Texas. Phil was raised in Wichita, Kansas alongside four siblings in a family with Lebanese roots. His father owned a grocery store while he was growing up. During his high school years, Ruffin became a wrestling champion and won the state championship.

After graduating from high school in 1953, Ruffin attended Washburn University. Although he later transferred to Wichita State University and spent a total of three years pursuing his post-secondary education, he dropped out without ever obtaining a degree. He chose instead to focus on his business career – and this would prove to be a wise move.

Ruffin was one of the first entrepreneurs to introduce the concept of self-serve gasoline in Kansas, and he had created 60 convenience stores by 1972. As the years went by and his business ventures continued to be successful, Phil invested all his revenue into the creation of his first hotel. This first hotel was a Marriott located in Wichita. During this period, he also became involved in hand truck manufacturing, and he would eventually become the world's largest manufacturer of hand trucks.

By 1994, Phil was ready to transition towards hotels completely. He leased all of his convenience stores to a French multinational company called Total and invested the proceeds into the purchase of more hotels. During this period, he acquired the Crystal Palace hotel resort in the Bahamas and the New Frontier Hotel and Casino in Las Vegas. This latter purchase would prove to be a defining moment in Ruffin's career. He took over the New Frontier during uncertain times, as its workers were taking part in the longest-running strike in American history. Ruffin was immediately able to settle the strike, and the casino became successful once more. After years of running the New Frontier, Ruffin sold it to El Ad Properties in 2007 for $1.2 billion. This was the largest per-acre price in Las Vegas history. 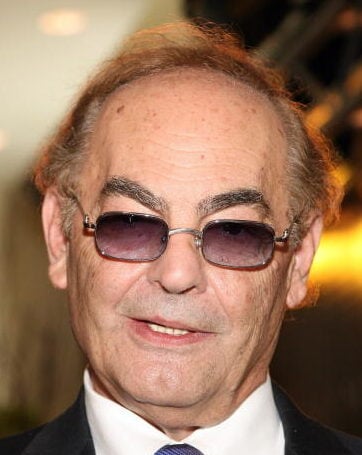 Over the course of his career, Phil Ruffin has purchased a number of casinos. In 2016, he acquired the Circus Circus casino hotel, purchasing this piece of Las Vegas history from MGM for a sum of $825 million. Truth be told, the Circus Circus was quite outdated at the time of this purchase – but this wasn't a concern for a man with deep pockets like Ruffin. Even though he freely conceded that renovations would cost upwards of $1 million per room, Phil remained committed to updating the historic casino. The Circus Circus has thousands of rooms, which would make these proposed renovations cost upwards of $4 billion.

Before even starting on the rooms, Ruffin planned to drop $11 million on a new theater and six-figure sums on an upgraded Adventuredome. The deal also included a separate casino called Slots A Fun and a plot of land that comprises 102 acres.  After the purchase, he also announced his excitement at the prospect of adding such a famous casino to his portfolio.

By this point, Ruffin's casino portfolio was already impressive. In 2009, he acquired the Treasure Island hotel casino from MGM, paying $775 million for the beloved attraction. This hotel is famous for its pirate ship battles and other exciting events. After this purchase, it was revealed that Ruffin was incredibly dedicated to the Treasure Island, arriving at the casino at 5 AM each day to push its profits even further. In 2018, it was reported that Ruffin had turned down a lucrative offer from a Chinese firm that wanted to buy the Treasure Island.

In 2015, it was reported that Ruffin had purchased a massive estate in Las Vegas called Primm Ranch. The property was previously owned by casino developer Gary Primm, who put it up for auction earlier that year. Originally listed at $14.5 million, Primm Ranch features incredible amenities like its own gas station, a driving range, a beauty salon, and equestrian facilities.

The mansion spans 15,000 square feet, and this includes 12 bedrooms with 19 bathrooms. Inside, residents can enjoy the use of an elevator, a gym, a 5,000-bottle wine cellar, a pool area, and a casino room. The estate sits on 10 acres of land. Immediately outside of the mansion, there are waterslides, caves, and waterfalls. In addition, guests can stay at a 3,000-square-foot detached home. Further investigation reveals a network of hidden tunnels, some of which lead to an underground, soundproofed shooting range.

Although the property hit the auction block with a market value of $14.5 million, Phil Ruffin managed to win it for just over $6.7 million. In a statement, Phil Ruffian described plans to use the property as a theme park for his children. He also stated that he wanted to buy the property because a developer planned to construct multiple homes across the ten acres.