Philip Anschutz Net Worth and salary: Philip Anschutz is an American entrepreneur who has a net worth of $11 billion dollars. Philip Anschutz was born December 28, 1939 in Russell, Kansas. He is the founder of Quest Communications and former owner of the Union Pacific Railroad. Anschutz's media empire includes the newspaper publishing company Clarity Media Group, the cinema chain Regal Entertainment Group and the Anschutz Film Group, parent company of Walden Media and Bristol Bay Productions.

He is also the owner of the soccer team D.C. United. Dubbed 'The Man Who Owns L.A., he has made his fortune in oil and gas, real estate, railroads, telecommunications and sports and entertainment. He is one of the largest landowners in the U.S. and his empire of more than a 150 companies, nearly all privately held, is worldwide. He is also a philanthropist who donated more than a hundred million dollars to create the Anschutz Medical Campus at the University of Colorado in Aurora. But Anschutz, who lives in Denver, is intensely private and does little to publicize his ownership of A.E.G. or any of his other business activities for that matter. Philip Anschutz's net worth makes him one of the richest sports team owners on the planet. 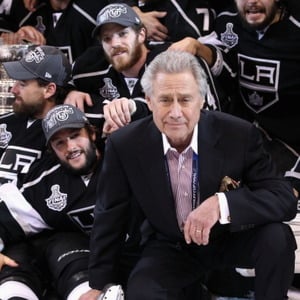