Paul Singer Net Worth: Paul Singer is an American businessman who has a net worth of $1.9 billion. Self-made billionaire Paul Singer is best known as the founder and CEO of hedge fund firm Elliot Management Corporation and The Paul E. Singer Foundation. Born Paul Elliot Singer on August 22, 1944 in New York to a Jewish family, he spent his childhood in Tenafly, New Jersey.

Growing up into an ambitious young man, he took his B.S. in psychology from the University of Rochester and a J.D. from Harvard Law School. Shortly upon graduation, Singer started to work as an attorney at the investment bank Donaldson, Lufkin & Jenrette in 1974. Three years later, he set up the hedge fund Elliot Associates L.P. with $1.3 million from various friends and family members. Today's Elliot Management Corporation oversees Elliot Associates and Elliot International Limited, which together have more than $21 billion in assets under management. As for the Paul E. Singer Family Foundation, its main aim is to support charitable projects, like the Harvard Graduate School of Education Singer Prize for Excellence in Secondary Teaching and VH1 Save The Music Foundation, among many others. A loud supporter of Republican political causes and gay rights, he backed Mitt Romney's presidential bid and gave $425 thousand of his own money along with $500 thousand raised money to support the drive for legalization of gay marriage in New York. Furthermore, Paul Singer is the Chairman of the Board of Trustees for the Manhattan Institute for Policy Research, as well as he serves on the Board of Fellows of Harvard Medical School and the Board of Directors of Commentary Magazine and is a member of the Committee on Capital Markets Regulation. 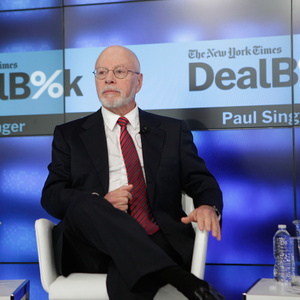