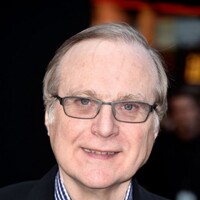 What was Paul Allen's net worth?

Paul Allen was an American industrialist, investor, musician, sports team owner, and philanthropist who had a net worth of $20 billion at the time of his death on October 15, 2018. Paul Allen earned the majority of his personal fortune by being a co-founder of software conglomerate, Microsoft. Allen co-founded the software company with his childhood friend Bill Gates.

On the day Microsoft went public in 1986, Paul Allen owned 25% of the company's equity. Paul Allen's exact stake in Microsoft was not known at the time of his death. His stake dipped below 5% in 2000 and from that point the company no longer needed to report his holdings. At the time of his death, Paul Allen's fortune was mostly tied to the real estate, private equity, and energy sectors. Allen owned more than 1 million square feet of retail, office, and industrial space in California, New York, Washington, and Oregon. Through his investment vehicle Vulcan Capital, he was an early investor in Uber, DreamWorks, Plains All America, and Ticketmaster. Allen is said to have lost $8 billion of his own money trying to expand broadband too early.

Paul Gardner Allen was born on  January 21, 1953, in Seattle, Washington to Kenneth and Edna Allen. His sister Jody was born in 1959. He attended Lakeside School, a private high school in Seattle where he met and befriended Bill Gates. The two shared an interest in computers. Despite their two-year age gap, they became fast friends who got their start programming and hacking, thanks to the access they had to a mainframe system owned by their school. The school infamously bought what it expected would be a year's worth of time on the mainframe, only to find Allen and Gates had used up that time in just three weeks. Not long after, Allen was finding ways to sneak into computer labs and logging in as an administrator. Allen even passed himself off as a graduate student at the University of Washington so he could get in some extra programming time. Eventually, he was caught and banned from the lab.

Allen received a perfect SAT score of 1600 and enrolled at Washington State University, where he joined the Phi Kappa Theta fraternity. He dropped out of college after two years to work as a programmer for Honeywell in Boston near Harvard, where Gates was a freshman. Allen convinced Gates to drop out of Harvard to found a software company together. That software company was Microsoft. 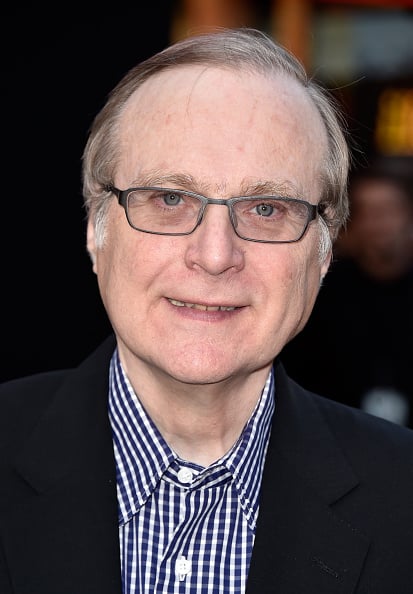 Allen and Gates set up shop in Albuquerque, New Mexico in 1975. Their big break came when they saw an article about the Altair 8800 in Popular Electronics Magazine. The computer was small and inexpensive and was ideal for home computing. The two men got in touch with the computer's manufacturer and offered to design a programming language for the Altair 8800. That language was called BASIC, and it's development opened their eyes to the potential opportunity that existed in creating a programming language. Oh, and yes, they designed it for a computer they not only didn't own but one they had never even seen before. Incredibly, it was a success and their language worked.

Allen and Gates trademarked Microsoft on November 26, 1976. The company IPO'd on March 13, 1986. After the first day of trading, Allen's 25% stake was worth $195 million. He was 33 years old. As you know by now, over the next few decades Microsoft became one of the most valuable companies in the world and made its founders extraordinarily rich. Paul left Microsoft in the mid-1980s after a management dispute with Bill Gates but he stayed a member of the company's board of directors until 2000.

Allen invested proceeds from his Microsoft shares into his private venture firm, Vulcan Capital, which he founded with his sister Jody Allen in 1986. Today, Vulcan owns both the Maaco and Meineke car care brands. It has developed nearly 7 million square feet of real estate and was a founding investor in film studio Dreamworks SKG.

Vulcan Aerospace, founded by Allen, financed the SpaceShipOne effort and won the $10 million Ansari X Prize in 2004. Allen sold the technology behind SpaceShipOne to Richard Branson. (Which then developed into SpaceShipTwo.) At the time of his death, Allen's Vulcan Aerospace was building the world's biggest airplane. He intended for this plane to be used as a platform for orbital rocket launches.

Allen owned three professional sports teams: the Seattle Seahawks, Seattle Sounders FC, and the Portland Trailblazers. He purchased the Seahawks in 1997 for $194 million when former owner and real estate developer Ken Behring threatened to move the Seahawks to Southern California. During Allen's years of owning the Seahawks, he built a new stadium, hired former USC coach Pete Carroll, won a Super Bowl, and generally worked to please a legion of fans considered to be among the most rabid of hometown bases in the NFL. He succeeded in that. 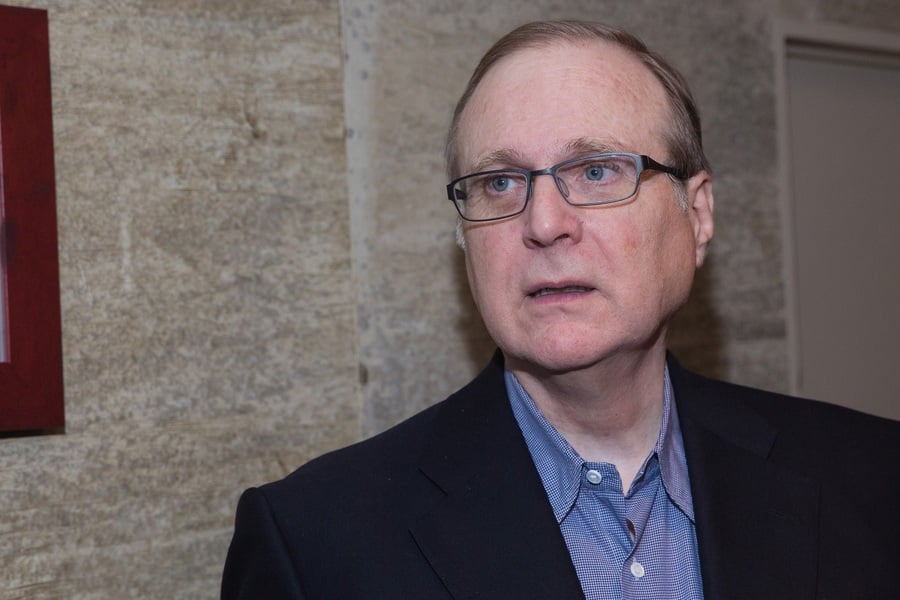 In August 2022 it was announced that Allen's estate would make 150 of his pieces available at an auction conducted by Christie's. At the time of the sale's announcement, the 150 pieces were expected to fetch over $1 billion. The proceeds will all go to charity.

Allen was diagnosed with Stage 1-A Hodgkin's lymphoma in 1982. Although his cancer was successfully treated by several months of radiation therapy. In 2009, Allen was diagnosed with non-Hodgkin lymphoma. Likewise, the cancer was successfully treated until it returned in 2018, which ultimately caused his death by septic shock on October 15, 2018. He was 65 years old.

Allen was very involved in philanthropy, making more than $2 billion worth of contributions toward the advancement of science and technology, and to organizations related to health and human services.

In 2013, Allen and his band, The Underthinkers, released their debut blues-rock album, Everywhere At Once. Allen plays a mean electric guitar and does so with friends like Joe Walsh of the Eagles and Chrissie Hynde of the Pretenders.

Allen's properties are in a living trust that he established in 1993. He had no spouse or descendants, so his sister Jody Allen and her children are his beneficiaries. Allen's real estate holdings are so rare and so valuable that Jody and her kids are likely to hold onto them. For instance, the Seattle Seahawks are in the Paul G. Allen Trust, of which Jody is the chairman and there are no plans to sell the franchise.

Allen left behind a huge portfolio of real estate. From a Manhattan penthouse to a 4,000-acre retreat in Idaho to a mega-yacht, Allen had a home for any mood.

Utah: Allen bought Trees Ranch, a 2,066-acre property in southern Utah in 2013. The Trees Ranch is bordered on three sides by public lands. Zion National Park is to the north and east and the Canaan Mountain Wilderness and Bureau of Land Management are to the south. Allen bought the ranch for a bit under the $25 million list price.

Atherton: Allen purchased a Silicon Valley property with his sister in Atherton in 2013. They paid $27 million on a 22,005 square foot six-bedroom, six-bathroom house on a 1.97-acre lot. The house has a spa, a home theater, seven fireplaces, a five-car garage, two-bedroom, a guesthouse, pool, and caretaker's house.

Idaho: In 1993, Paul Allen bought two properties near the small town of Tetonia on the Idaho side of the Tetons 40 miles from Jackson, Wyoming. One of the properties was 2,400 acres of land at the edge of the Targhee National Forest, which abuts Grand Teton National Park. Allen paid $7.25 million for the property. About 15 years later, Allen bought a 1,200-acre property for $3 million. The property included the Teton Ridge Ranch, a 10,000 square foot pine lodge. Before the Teton Ridge Ranch closed in 2007 it was considered one of the world's best luxury resorts with rooms going for $690 a night.

Hawaii: In 1997, Paul Allen bought a 10.3-acre compound in Kailua Bay on the Big Island of Hawaii for $11 million. The property is near the Four Seasons Hualalai Resort. In 2011 a concert pool, carport, and three new buildings were added including a 9,080 square foot house with five bedrooms and five bathrooms and a 2.968 square foot house with six bedrooms and five bathrooms. The property also includes a small harbor.

South of France: Allen purchased an 18 bedroom mansion in Cap Ferrat in the south of France in the 1990s. The mansion, called Villa Maryland, was the site of a pirate theme party Allen had during the 1996 Cannes Film Festival.

Washington: Allen bought the 387 acre Sperry Peninsula on Lopez Island, Washington for $9 million in 1996. It had formerly been the site of a children's camp since 1945. Allen built a number of cedar and stone buildings, including his 13,000 square foot, five-bedroom house, a 5,400 square foot nine-bedroom bunkhouse, a 3,150 square foot beach house, another two bedroom 3,160 square foot house, a two-bedroom, 1,24 square foot caretaker's cottage, and a swimming pool.

Allen owned eight houses on 10.8 acres of land on 13 lots on Mercer Island, the wealthy Seattle suburb along the banks of Lake Washington. Mercer Island has 24,000 residents and just one bridge to the mainland.