Oleg Deripaska Net Worth: Oleg Deripaska is a Russian businessman who has a net worth of $4 billion. Oleg Vladimirovich Deripaska was born on January 2, 1968, in Dzerzhinsk, Nizhny Novgorod Oblast, Russian SFSR. He accumulated the majority of his fortune as a Head of Rusal, the world's leader in aluminum. A major figure among Russian oligarchs today, Deripaska is also a Chairman of the Supervisory Board of Basic Element (an empire that deals with various services from auto to insurance, trough aviation and energy), and holds the positions of CEO and President at En+Group (an energy-related company).

After he graduated in nuclear physics from the University of Moscow, Deripaska started his career as a trader of metals. At the time, he made the most of the privatization initiated by Boris Yeltsin as he bought stakes in aluminum companies. He was 26 when he already acquired the majority of workers' shares in the aluminum company in Sayansk (Siberia) and thus, he became a director. He set up Rusal in 2000, and six years later, he merged it with the rival company Sual. Oleg Depriaska is one of the Russian businessmen that saw a hasty rise, primarily thanks to the strong connection between political ambiance and business. Put his business life aside, Oleg Deripaska is married to Valentin Yumashev's daughter, Polina, with whom he has two children. 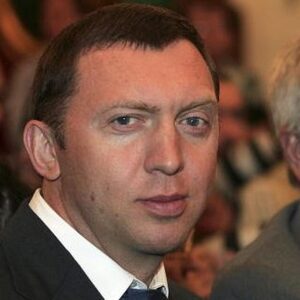